Speaker Oborevwori Harps On Imperative Of Sustained Peace In Delta 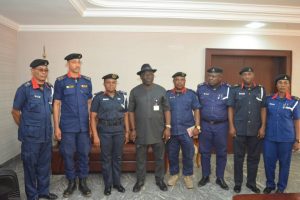 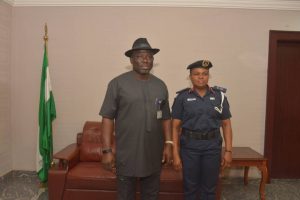 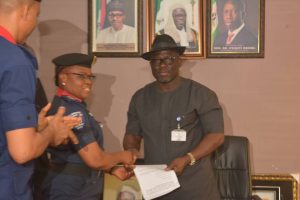 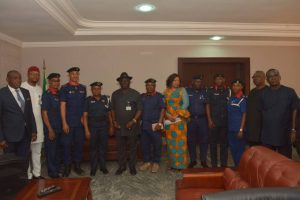 The Speaker of the Delta State House of Assembly, Rt Hon Sheriff Oborevwori has stressed the need for sustained peace in the state for greater growth and development.

Speaking in his office in Asaba while playing host to the new Commandant, Delta State Command of Nigeria Security and Civil Defense Corps , (NSCDC), Mrs Ezeagbogho Ego Sam, who paid him a courtesy visit, Rt Hon Oborevwori, said the peace experienced in the state in the last one year has attracted lots of progress to the state.

The Speaker noted that such peace is needed in all parts of the state at all times for steady and sustained development, even as he commended security agencies in the state for their role and commitment to maintaining law and order in the state.

Rt Hon Oborevwori assured deltans of the commitment of the State Legislature at promoting peace and good governance in the state, stressing that the house will continue to collaborate with the executive arm of government to move the state forward.

He disclosed that the house had voted on the fourth alteration number twenty two which centered on the act establishing Nigeria Security and Civil Defense Corps and has since transmitted it to the National Assembly as required by the constitution amendment.

Rt Hon Oborevwori stated that the house had always looked at issues in line with the detects of the constitution of federal republic of Nigeria as well as the impact of such issues to the society.

The Speaker who commended Deltans for their show of support to the Okowa’s led administration, assured the Delta State Command of NSCDC of sustained synergy.

The State Commandant, NSCDC, Mrs Ego Sam commended the Delta State House of Assembly for it assistance to the command, stressing that the visit was to seek further collaboration between the two bodies.

She appealed for further assistance in the areas of construction of befitting office accommodation, provision of vehicles for effective patrols and positive response to the NSCDC amendment bill.

The Commandant was accompanied on the visit by senior management team of the Delta State command of NSCDC.