Okowa,  Uduaghan, Ibori,  Oborevwori  Mourn As Remains Of William Ibori Is Interred  ***  He Was A Father To All Of Us – Okowa  *** We Will Miss A Great  Teacher —- Oborevwori 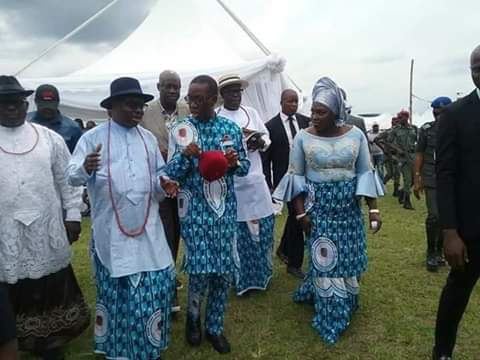 *** We Will Miss A Great  Teacher —- Oborevwori 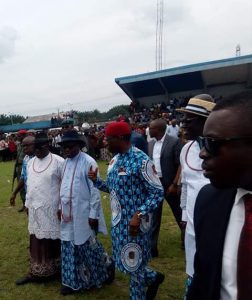 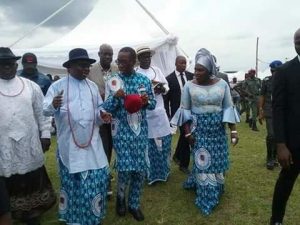 According to Governor Okowa, “together, we mourn this afternoon, we mourn because, he died suddenly, Oghara is our political base, and he was a father to all of us who visit our leader, Chief James Ibori in Oghara; he played a major role in my becoming the Governor of Delta State.”

“I will forever remain grateful to Chief William Ibori; he was a great man and he was a member of the Delta State Advisory Council; we know that he has played his role as a father and a community leader; we pray that God will console the family,” Governor Okowa said.

To Dr Uduaghan, the deceased “was a pillar in this state, a great adviser, and severally, we called on him to settle dispute in any part of Delta State..”

Former Governor Ibori in an emotion-laden speech, said, “Uncle William as I used to call him was a father to all of us; it was indeed very sad that we stand here today preparing to lay him to rest, his death was a big shock.

God knows best but we would have wished that he gave us some notice.”

“God called him and he answered the call like every one of us will do and on this occasion, mine is to wish him well and to thank him for what he was to everyone of us,” the former Governor stated.

Speaker Delta state House of Assembly Chief Oborevwori described late Chief William Ibori as “a father,a good adviser to all,he is always happy whenever you paid him a visit,he has contributed alot to the development of the state through his committment to nation building,today we will miss a great teacher”.

In a related development,Governor Okowa has urged Nigerians to live worthy life and contribute to the development of their communities.

The governor made the call on Friday, November 5, 2018, at funeral service of Senator David Dafinone held at Bethel Baptist Church, Sapele, Delta State.

According to the governor, “live a life that is worthy, a life that will touch other people’s lives positively bearing in mind that after you have gone, you will only be remembered by what you did when you were alive.”

“In whatever we do, we should consider the feeling of others, we must make impact in our communities because, people can only love you when you have made impact on the life of people back home,” the governor said, adding, “I must condole the family of late Senator Dafinone, it is my hope that the Lord will receive his soul; we are very proud of him; he touched a lot of lives and played a lot of roles to grow the accounting profession and the roles he played in the building of the Palace of the Orodje of Okpe cannot be forgotten,” Governor Okowa who attended the burial ceremony accompanied by political aides stated.

Bishop Diamond Emuobo in a sermon at the ceremony, urged Christians to make the society better through their actions.