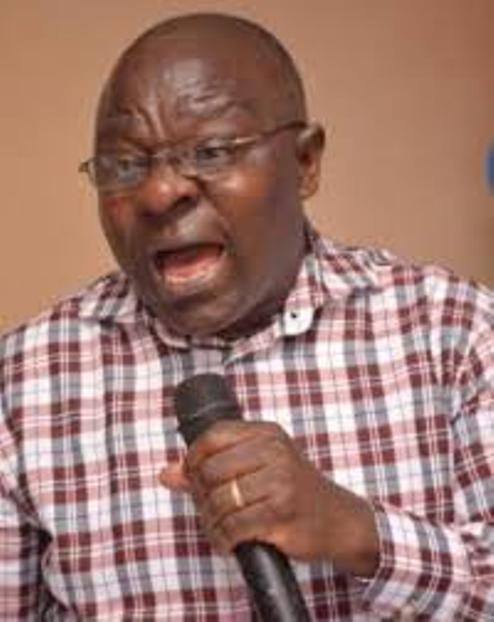 The Peoples Democratic Party, PDP in Delta State has said that it is full of sympathy for one Zik Gbemre over dashed hopes that has made him to become emotionally devastated, saddened, and depressed by the Supreme Court’s October 21, 2022 verdict that declared Rt. Hon. Sheriff Oborevwori as the authentic governorship candidate of the party for the 2023 elections.

The PDP made the remark in a Press Release in response to a social media statement titled: “ON SHERIFF OBOREVWORI’S “PURCHASED” VICTORY AT THE SUPREME COURT – TYPICAL OF DELTA STATE PDP COURT CASES,” in which he took offence against the apex court’s declaration in favour of Rt. Hon. Oborevwori.

The statement signed by the PDP State Publicity Secretary, Dr. Ifeanyi Osuoza said the author’s diatribe was uncalled for, especially as he displayed a no holds barred effrontery at disparaging the good and dispassionate work of the Supreme Court, which acquitted itself well as an unbiased umpire in a case involving children of one parent who disagreed over the issue of who should fly the PDP governorship flag in Delta State. It was such that both parties took advantage of the courts, which looked at the issues presented to it on merit and finally came out with the apex court’s verdict declaring Rt. Hon. Oborevwori’s emergence as the winner of the primary election as genuine, trustworthy, and valid.

It is against this background that Zik Gbemre’s attack on the judiciary for its final adjudication in the family quarrel between two political children is unwarranted, ill-mannered, vulgar, and disrespectful of the institution for the dispensation of justice that every right-thinking Nigerian holds in high esteem. This type can only emanate from an unrefined and awkward element that took caution to the wind to display idiocy and ungraceful conduct.

The apex court and final institution for adjudication has spoken, and the parties involved have expressed their acceptance of the verdict of the final arbiter, that even the erstwhile aggrieved has since congratulated the other and conveyed his acceptance of the verdict in an open statement. It is, therefore, crude of Zik Gbemre to want to cry more than the bereaved. It is the exhibition of bad manners for Zik Gbemre to state that “Any court judgement victory that was obviously influenced by these political actors of Delta State PDP, will never serve the overall interest of the people…” He stated again that “Truth be told, those celebrating are simply celebrating ‘A PURCHASED COURT VICTORY.’ A victory that we all know was never decided on the merits on ground. But rather, the decision was one that was heavily influenced with money,” adding uncouthly that: “It is sad that the integrity of the Nigerian judiciary has been so watered down. And can no longer be relied upon by the common man. Though, this is not strange in Delta, especially as it concerns the PDP-led Delta State Government.”

Delta PDP declares that no person in his sane mind will exhibit this type of shame in a sworn effort to disparage the institution of justice that the whole nation holds in high esteem. The judiciary is the arbiter in all matters brought before it. And it is to ensure thoroughness and give benefits of doubt in all cases that the courts have appellate segments and the Supreme Court being the final appellate court of justice. With the ones involved in the fray, each exhausting the chances before them in seeking justice, and the final arbiter coming out with its verdict, good sense informs that everyone should abide by the judgment and move on.

This is why the attitude of Zik Gbemre in seeking to disparage and cast aspersions on the integrity of the judiciary is unacceptable, depraved, immoral, and wicked. Delta PDP will not indulge this degenerate further by joining issues with him in the other matters of slanderous remarks on the personalities of PDP leaders in the State.

Zik Gbemre is roundly denounced for his ill-conceived vituperations against the judiciary and PDP leaders. We call on all PDP faithful and supporters to ignore him, come together now that the court has finally done its work. ‘Party is Supreme’ doctrine behooves on us all to fall in line now that the siege of litigations are over.

PDP! Power to the people.