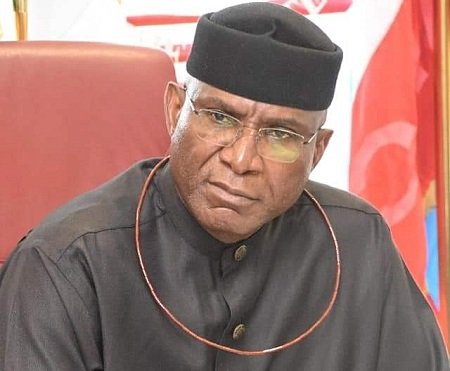 Senator Ovie Omo-Agege’s latest rant is a clear indication that he is not only suffering from delusions of grandeur, but also a confirmation that his worst fear is coming to pass. It goes without saying that the restoration of Rt. Hon. Sheriff Oborevwori’s mandate by the Court of Appeal has sent shivers down the spine of the Orogun Senator. But to put up a front, failed former presidential spokesman, Ima Niboro, who now parades himself as Omo-Agege’s Director of Communication, issued a meaningless press statement in a futile taunt of the PDP candidate.

The truth is that with Oborevwori’s emergence, the APC is already staring at defeat in the 2023 Delta governorship election. Speaker Oborevwori’s grassroots appeal, pan-Delta disposition democratic credentials, leadership acumen, and generosity of spirit are qualities Deltans want to see in their next governor. These qualities are in sharp contrast to Omo-Agege’s selfish, self-serving, self-centred, bigoted, and anti-democratic stance (he voted against electronic voting and defended it). He is such a man of tunnel vision, who has justifiably, earned the sobriquet of Orogun Senator because virtually all his constituency projects are concentrated in his native Orogun village even though he is supposed to be representing the entire Delta Central in the Senate. Deltans certainly do not need and cannot vote for such a parochial person.

Above all, at any level of government, Deltans know better than to vote for the APC, which has ruined the national economy, turned Nigeria into the poverty capital of the world, brought untold pain and suffering on Nigerians, destroyed our educational system, and has devalued the life of Nigerians through insecurity on a scale never witnessed in the annals of the country. Indeed, Nigerians cannot wait to show the APC the exit door as earnestly desired by their leader, President Muhammadu Buhari come 2023. Now, with Oborevwori on the ballot in Delta State, Omo-Agege’s nightmare has just begun.