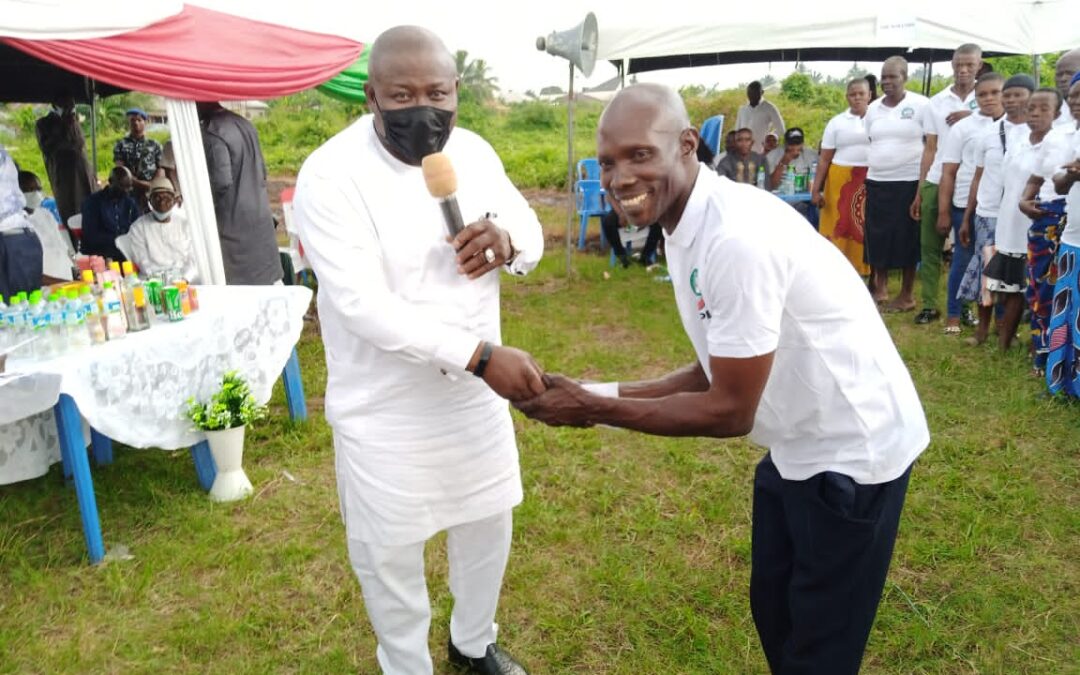 *** As Ezewu, Esiovwa, Thank Party For Strings Of Party’s Victories

The ceremony which was attended by Leaders of the Party, Elders, elected and political appointees and party faithful, the party gave financial support to the teaming party supporters from ward one.

Addressing the beneficiaries, the party Chairman, Chief Efe Uko, said, ” the party is set to give financial support to the ten Wards of Okpe, starting from ward one today”. he added that the party train will move from ward to ward, to tell the people thank you for their support. He also enjoined the party members to continue to support Governor Ifeanyi Okowa’s led administration to finish strong.

Similarly, the Honourable Commissioner for Secondary Education, Mrs Rose Ezewu and Hon Isaiah Esiovwa, on behalf of Okpe Council, also doled out financial support to the party in the local government area as appreciation for the victory of the party at all previous elections.