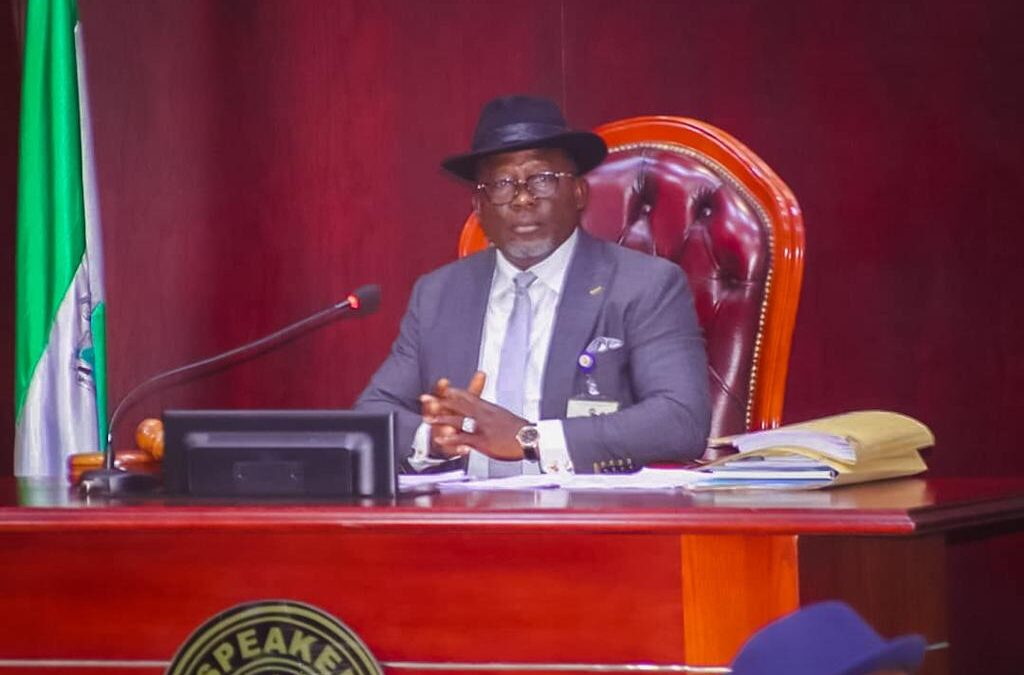 Governor Ifeanyi Okowa on Tuesday forwarded names of four nominees for appointments as Commissioners and Member of the Delta State Executive Council to the State House of Assembly.

Governor Ifeanyi Okowa in the letter said the appointment of the Commissioners was in line with section 192, subsection 2 of the Constitution of Federal Republic of Nigeria.

He stated that section 7, subsection 1A of the DESOPADEC law and section 6, subsection 1D of the Delta State Revenue Service law also empowered him to make the two appointments into the two boards to fill in the existing vacancies.

Governor Okowa explained further that the developments were geared towards strengthening good governance in the state and appealed for immediate actions by the State Assembly in line with the Constitution of Federal Republic of Nigeria.

The Speaker, Rt Hon Sheriff Oborevwori directed the nominees to submit 35 copies of their credentials on or before Monday, July 4th, 2022 and appear for screening on Tuesday, 5th July 2022.

Also at plenary, the House took the first reading on a bill for a law to Establish the Delta State Good Governance and Accountability Commission.

The bill is being sponsored by the Chairman, Assembly Committee on Public Accounts and Member Representing Ika North East, Hon Anthony Elekeokwuri and others.

The motion for the first reading of the bill was moved by Hon Elekeokwuri and seconded by the Deputy Speaker, Rt Hon Ochor Christopher Ochor.

Leading debate on the merits of the bill, Hon Chikezie said the bill is of 21 clauses and seven schedules aimed to make it mandatory for all farmers in the state to be registered to enhance agricultural policy of the state.

His argument was supported by the member representing Isoko North, Hon Jude Ogbimi who averred that the proposed law would encourage the diversification of the state economy as it would boost productivity in agricultural sector.

They pointed out that the intention of the bill is coercing, punitive and dangerous, stressing that it has no merit and not implementable.

The Lawmakers who also maintained that the bill was dead on arrival, said the State Assembly as a serious and committed House could only pass people oriented laws.

The bill was subsequently thrown out when put to voice votes by the Speaker as shout of no was overwhelming.