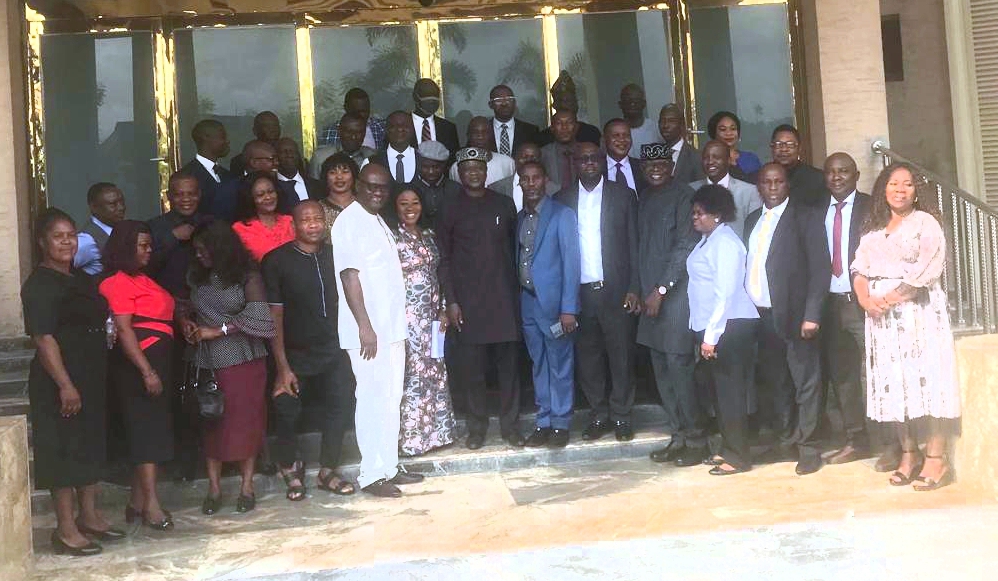 ***As Management Retreat For State Legislature Opens In Delta

Ahead of resumption of legislative activities for the 2022 fiscal year, on Tuesday, January 18th, 2022, the Delta State House of Assembly, Thursday, assured of more transformational changes that would enhance peace, security and good governance in the state.

Speaker of the House, Rt. Hon Sherrif Oborevwori, gave the assurance in an Opening Address at four-day Management Retreat for the Management team of the State Legislature.

The Speaker explained that the Retreat with the theme “Transformational Change and Change Management”, was strategically planned to prepare the senior technocrats in the Delta State House of Assembly for the task ahead.

“I am deeply honored and happy to be part of events marking the Opening Ceremony of the year 2022 Management Retreat of the Delta State House of Assembly. The reason for my happiness is that the House now has a workforce that is ready to embrace new knowledge, challenges and innovations in the discharge of assigned duties”.

Reassuring on his leadership commitment to greater positive changes in the State Legislature, the Speaker represented by the Majority Leader of the House, Hon. Ferguson Onwo emphasized that a focused and well informed Management Team was needed to further achieve more successes in the Assembly.

The Speaker noted that Capacity Building for all categories of workers in the Assembly had remained a top priority.

“ You will recall that the leadership of the House from the 6th to the present 7th Assembly has promised to make training and re-training of members of staff a priority for optimal productivity and we have kept that promise. The 2022 Management Retreat is a further confirmation of our avowed commitment to continue to train and re-train Staff of the Delta State House of Assembly. This Retreat therefore, is to optimize Management skills in the bureaucracy of the Assembly”, Rt Hon Oborevwori stated.

Promising to leave behind solid and lasting legacies as the Head of the State legislature, Rt. Hon Oborevwori challenged the workforce to keep track with government’s drive for a stronger and better developed Delta State.

“Essentially, this Retreat is to equip Management Staff with multi-dimensional skills in the ever changing work environment especially in this era of technology. I want to express my unreserved appreciation to His Excellency, the Governor, Senator Dr. Ifeanyi Okowa for his unflinching support for the development of the Assembly. I have no doubt in my mind that this Retreat will provide an avenue for strategic thinking to chart a better future for the Legislature as an institution.

The Speaker who is also the National Deputy Chairman of the Conference of Speakers of state legislatures of Nigeria, paid glowing tributes to other critical stakeholders for their support, assured of more people-oriented Bills and Motions that would further promote good governance and development in the state as well as in the delivery of more dividends of democracy to Deltans.

The Clerk of the House, Mrs Lyna Ocholor, in her remarks, commended the Speaker and the leadership of the Assembly for the various training programmes and other self-development initiatives for the Assembly workforce.

Mrs Ocholor disclosed that Retreat for Management Staff has consecutively been held in the last three years, saying that the programme has deepened participants’ understanding of their core roles and responsibilities in the Legislature.

“Our work is on the go seven days in a week. Any time, any day you can be called upon and to the glory of God we have been able to meet the demands of the job so far. We are here for this Retreat to reflect on the year 2021 that just ended and strategize for 2022. At the end of the programme , we will be refreshed to face the task ahead”.

Saying that the very best resource persons in the field of Parliamentary Administration and Management were assembled to walk participants through the various topics lined up for the retreat, the Clerk expressed optimism that knowledge gained would be put to good use on their work when they resume duties next week.

“The Leadership of the House has been very kind, fair and understanding on the need for Training of Staff and the Management of the Assembly has always taken advantage of the development. We will remain grateful to the Speaker and his team as well as the Governor, Senator Dr Ifeanyi Okowa for the good working relationship between the executive and the legislature which have made the things we are doing very possible”, Mrs Ocholor stated.

The Leader of the Resource Persons, Mr John Mutu said positioning the Delta State House of Assembly as a world class institution was achievable and commended the present leadership of the House for its proactive approach to organizational development.

Topics, including “Change Management: Building Enduring Legacies and Reform Sustainability, Team Building and Bonding as well as Staff Performance Management, amongst others have been lined up for the retreat.

Some of the participants interviewed, expressed optimism of a better legislative year, and thanked the leadership of the House for the training opportunities.