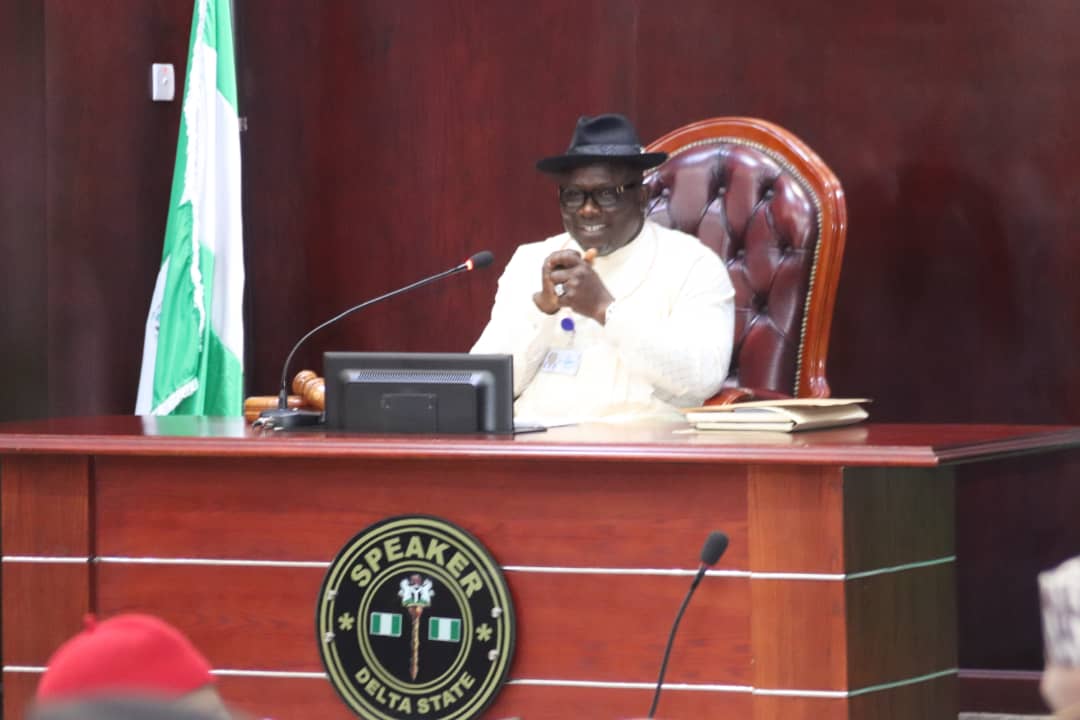 The member representing Warri North Constituency in the State House of Assembly, Honourable Alfred Martins has been nominated as the Deputy Majority Whip of the House by the People’s Democratic Party PDP.

The Speaker,  Rt Hon  Sheriff Oborevwori who announced this during Wednesday’s   plenary said the nomination was contained in a letter to the House by the State PDP Chairman,Olorogun Kingsley Esiso.

He said the nomination was to fill the  positions of principal officers of the House.

While,the All Progressives Congress APC nominated Honourable Innocent  Anidi as the Minority Leader and Honourable Moses Anaughe as Minority Whip as contained in a letter to the House by the APC State Chairman,Prophet Jones Erue.

The Chief Whip and member representing Oshimili North Constituency, Honourable Pat Ajudua commended the State Governor,Senator Ifeanyi Okowa and the State PDP leadership for giving them the opportunity to serve as lawmakers promising that the House would work to enhance development of the State through effective legislation.

The Speaker,   Rt Hon Sheriff Oborevwori assured Deltans that members of the Seventh Assembly would work together and expressed hope that the  Seventh  Assembly would come out stronger than the Sixth Assembly.