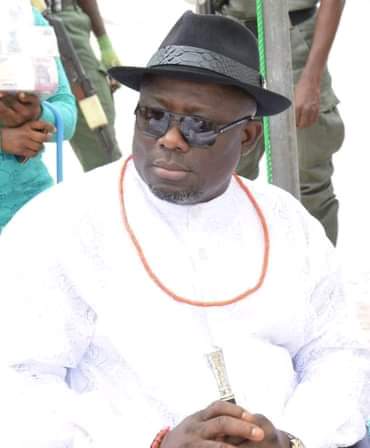 His name rings a bell in Delta State, for good and not for evil. A native of Osubi in Okpe, Delta Central Senatorial District, Rt Hon Sheriff Oborevwori, is loved by the people because of the zeal with wish he brought substantial development to his community in Osubi and for his track records as progressive team player.

In Osubi community,.the oldest and the youngest folks knows his private residence and mere mention of his name could earn you the best hospitality and warm welcome before you taken by hand to the palatial country home of the seasoned politician, businessman, philanthropist and community leader, the UKODO of Okpe Kingdom.

Before becoming the speaker, he made several attempts to represent his people but as they say in politics, he had to remain in the queue while building political bridges and supporting other political aspirants within and out of Okpe Local Government.

It is a well known fact that during the administrations of His Excellencies, Chief James Ibori and Dr Emmanuel Uduaghan, Chief Oborevwori, served in various capacities, and his robust relationship with his two bosses stands him out as a flawless loyalist, committed and reliable political gladiator.

And when the time finally came for him to represent his people at the Delta State House of Assembly in 2015, the thick skin, honest and cheerful giver struck the gold mine by divine grace of God, and was elected by his colleagues to be Speaker of the House and head of the second tier of government, the Legislature.

By his new status, Oborevwori automatically became the number three citizen in the state, after His Excellency the Platinum Governor, Senator Dr Ifeanyi Arthur Okowa, and His Excellency, the Deputy Governor, Deacon Kingsley Burutu Otuaro Esq. His his journey into the fast lane of political leadership and public service in a new dimension thus commenced.

As a team player and a motivational leader, he fixed all pending issues of entitlements of members and staff welfare, and introduced open door policy across board. Honourable members could visit Mr. speaker at home and in the office unrestricted, and ensured training and retraining of staff and capacity building retreats for members of the House.

Rt Hon Oborevwori, changed the narratives and a paradigm shift from grumbling and murmuring to happy moments among members of the hallowed chambers as well as the house work force. He was nick named “Talk Na Do” Mr Speaker. His tenure up and until now can best be described as visionary, proactive,. result oriented and truly progressive.

A purposeful synergy was taken to a higher level between the Legislative and the other two arms of government; the Executive and Judiciary. His leadership has been that of service.to the people, cooperating with the Executive arm of Government on all matters that focuses in the security,.welfare, prosperity and good governance in the state.

It is on record that Rt Hon Sheriff Oborevwori led hollowed chambers has been devoid of rancour and sustained healthy work relationship with the Executive arm,.to the extent that bills sent to the House were treated based on the impacts they have in the good people of Delta State, and to that extent it can be safely asserted Mr. Speaker and Principal Officers of the House are men and women of integrity, and did not delay any bill as was the tradition in some States, with a view to fly “Ghana Must Go Bags.” It had been incorruptible leadership under Mr.Speaker and the impact is being felt positively by Deltans,.as can be seen from the unprecedented and transformational achievements of the Okowa administration.

Deltans deserves a humble, pragmatic, proactive, tested and trusted governor in 2023, and to that extent a bridge builder loyal, stable in character and trusted by past and present governors will just be the right person at this time to sort after.

And it is the reasoning of progressive political actors and stakeholders that Mr Speaker, Rt Hon Sheriff Oborevwori, possess the required tact, work discipline and excellent human relations to vie for the office of governor in 2023.