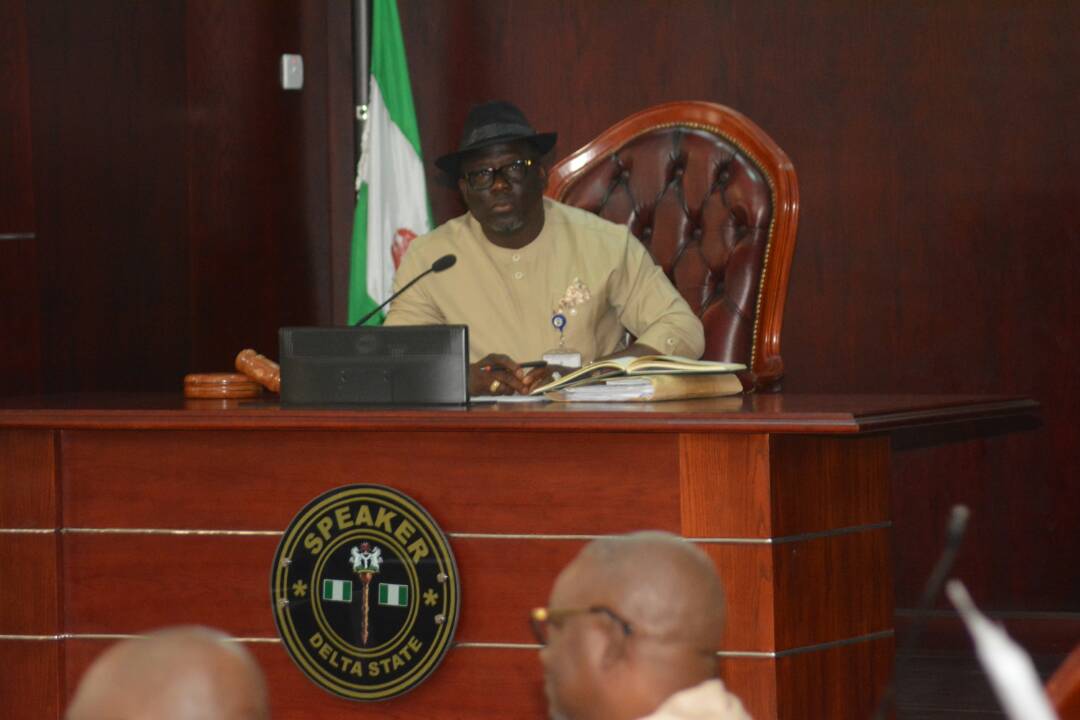 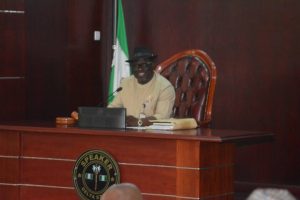 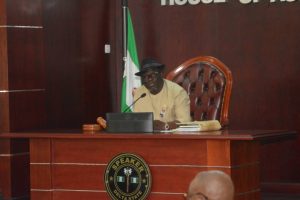 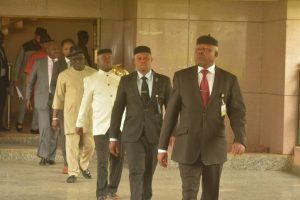 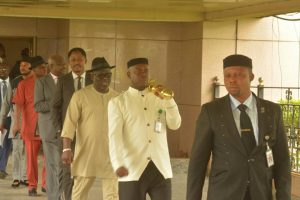 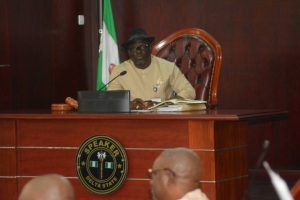 The State House of Assembly has approved and authorized the Federal Government to deduct Delta State share of the sum of one billion dollars from the Excess Crude Account for the procurement of military equipment for the fight against insurgency and other security challenges in the country.

The  approval was sequel to a motion to that effect by the Majority Leader, Hon Tim Owhefere, seconded by Hon Johnson Erijo and adopted.

The approval followed a request by the State Governor, Senator Ifeanyi Okowa in a letter to the House, read at plenary by the Speaker, Rt Hon Sheriff Oborevwori.

Governor Okowa in the letter informed the House of the Federal government plans to deduct the sum of one billion dollars from the Excess Crude Account for the procurement of military equipment to support the Armed Forces in its operations in fighting insurgency and other security challenges.

He said procedurally, in addition to the approval of the National Assembly, the concurrent approval of the Houses of Assembly in the thirty six states of the federation was expected to be sought and obtained to facilitate the deduction from the Excess Crude Account.

Governor Okowa noted that it would be useful for the resolution of the House to capture that the thirteen percent derivation component accruable to Delta State as its share of the one billion dollars should be remitted to the state.

He stated that the purpose of the letter was to request the House by way of resolution to approve and authorize the Federal government to deduct Delta State share of the sum of one billion dollars from the Excess  Crude Account for the procurement of military equipment for the fight against insurgency and other security challenges subject to the deduction and payment of thirteen percent derivation component due to Delta state from the said one billion dollars.

Thereafter the Majority Leader, Honourable Tim Owhefere in his debate said security was classified hence discussions are not done in the open in order not to compromised.

The request was approved following a voice vote by the Speaker.

Also at plenary, the Speaker welcomed members back from the two weeks break saying that all hands must be on deck to actualise it’s legislative responsibility to the people.

He said the fourth session of the Sixth Assembly commenced on the 19th of June, 2018 adding that there were a number of bills which were not concluded at the previous session hence the need to conclude them at the earliest possible time.

The Speaker thanked members for the speedy passage of the Delta State Public and Private Properties Protection Bill and thanked the lawmakers for their continuous support to the leadership of the House.

Rt Hon Oborevwori on behalf of members and staff  of the Assembly,  congratulated the State Governor, Senator Ifeanyi Okowa who celebrated his 59th birthday on Sunday, July 8, 2018 and wished him good health.

The Speaker read a letter from the State Governor, Senator  Ifeanyi Okowa to the House  titled “Notice of Vacation”

According to the letter, Governor Okowa said the twelve days leave will form part of his 2018 annual vacation.

He said he will resume the function of Governor on Wednesday, 25th July, 2018 while the remaining part of his annual vacation will be enjoyed later in the year.

Governor Okowa said in accordance with section 190 of the Constitution of the Federal Republic of Nigeria, 1999 as amended the Deputy Governor, Barrister Kingsley Otuaro  would perform the duties of his office as Acting Governor during the period of his leave.

The Governor said the information should be placed before the House.