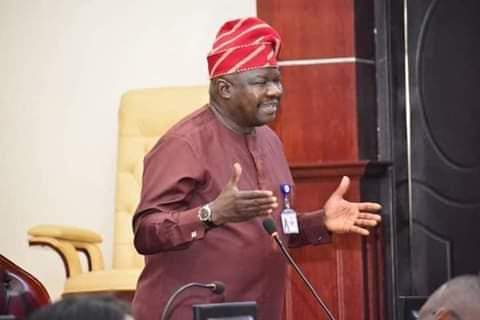 ***Says he was a quintessential democrat.

A year after the demise of Hon. Tim Kome Owhefere KSC, the Speaker, Delta State House of Assembly, Rt. Hon. Sheriff Oborevwori, has expressed sadness over the loss of the former Majority Leader of the House.

The Speaker reaffirmed that the late Majority Leader was a team player and a quintessential democrat.

In a press statement by his Chief Press Secretary, Mr. Dennis Otu, the Speaker noted that the unexpected event of January 27th, 2021 was still very fresh in our collective memories, partly because of his enviable track records, achievements and sagacity on the floor of the House.

According to the Speaker; ” In retrospect, his deep knowledge of legislative practice and procedures, debates and conviviality on the floor of the House were unparalleled. They still resonate with loud silence in the precints of the Assembly. “

He added that, “While we reflect on the life and times of Hon. Owhefere, we must thank Almighty God for the brief and eventful life he lived. He was a dependable, reliable,committed and a devoted lawmaker. As we mark the first memorial of his death, the best tribute we can pay to Hon Tim Kome Owhefere is to defend and sustain his ideals as a lawmaker and a true democrat.”

The Speaker who is also the National Deputy Chairman of the Conference of Speakers of state legislatures of Nigerian prayed for the eternal repose of the soul of Hon. Owhefere.