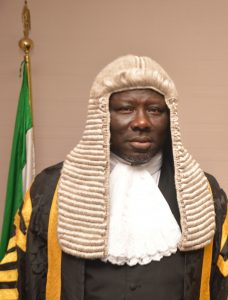 The Speaker, Delta State House of Assembly Rt Hon Sheriff Oborevwori has Congratulated the 22 newly elected council chairmen and their  Councillors of the People’s Democratic Party (PDP) in the just concluded local polls in the State.

The DELTA State Independent Electoral Commission, (DSIEC ), on Sunday announced results in 22 out of the 25 Local Government areas in the Saturday’s Local Government Council polls, with the ruling People’s Democratic Party, PDP winning all Chairmanship seats.

The Speaker in a Statement by his Chief Press Secretary (CPS), Mr Dennis Otu, while Congratulating the Chairmen and their Councillors,  described the outcome of the Saturday’s Council Polls in the State as a result of hard work by the State PDP.

According to the Statement;”We embarked on extensive campaigns throughout all the Local Governments and also went round all the wards to campaign to our people. We did the needful and so I am not surprised that today we are singing victory songs. We worked very hard for the victory.”

The Speaker urged the newly elected Council Chairmen and their Councillors to spread dividends of democracy to the people at the grassroots, saying that they cannot afford to disappoint the electorate who turned out massively to vote for them.

He commended the State Governor, Senator (Dr) Ifeanyi Okowa for the successful conduct of the election just as he hailed DSIEC for organising a free, fair and credible Council Polls.