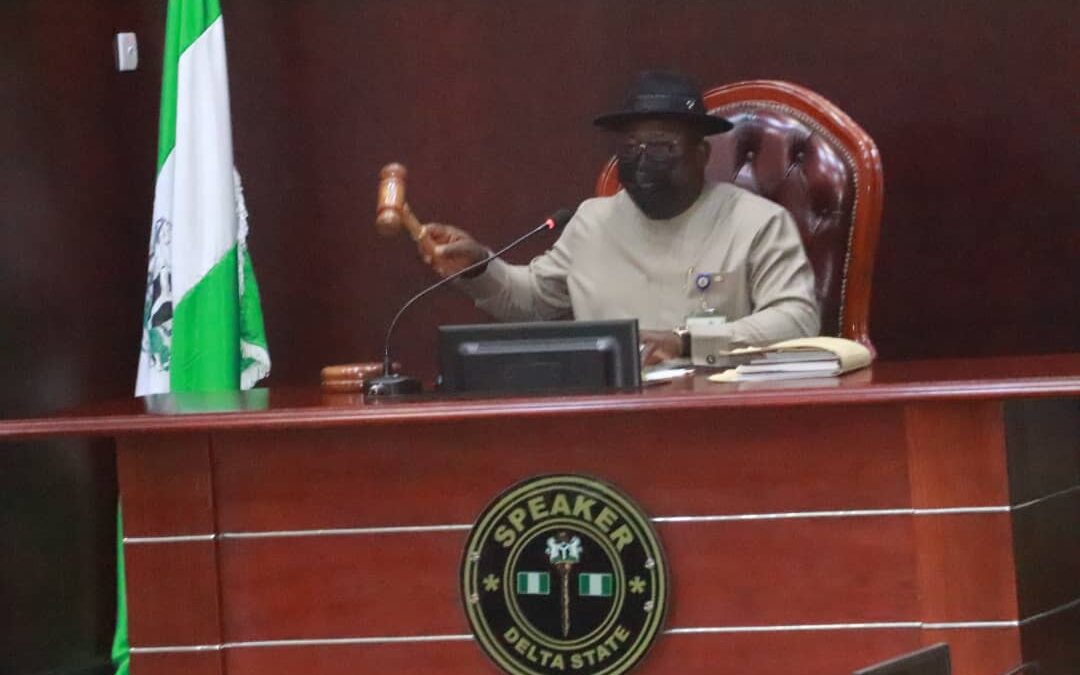 The Delta State House of Assembly, has received a letter from the State Governor, Senator Dr Ifeanyi Okowa requesting the House’s approval for a 2021 Supplementary Budget.

The Governor’s request was contained in a letter read at Tuesday’s Plenary by the Speaker, Rt. Hon. Sheriff Oborevwori as motion for its receipt was moved by the Majority leader of the House, Hon. Ferguson Onwo.

In the letter, the Governor explained that the request for the proposed Supplementary Budget is occasioned by the need to offset the “mounting arrears of unpaid certificate earned by contractors in respect of legacy and ongoing projects in the State.

The letter reads in part; ” Permit me to mention that in the course of implementing the 2921 Budget, a performance review which was carried out across an Eight month period, (January-August 2021) revealed that the actual revenue received for the period (January-August 2021) against the Budget estimate was less than proposed receipts

“It was also revealed that first line deduction to service past-due loan obligations of States and other multiplier effects of the Covid 19 pandemic on the economy altered the fiscal plans of the Federal Government and by extension the State Government, thus affecting negatively the flow of revenue from all sources.

“Accordingly, it has become necessary to take a proactive towards re-ordering and re-prioritising the 2021 Budget in order to redirect and unspent funds in some Budget heads to very strategic, critical and urgent plans, projects and program in order to finish strong” the Governor said.

Meanwhile, the House has fixed Wednesday, October 6, 2021 for the second reading of the Executive Bill on the proposed Supplementary Budget as requested by the Governor.