You Are My Bosses, Delta Speaker Oborevwori, Tells Colleagues 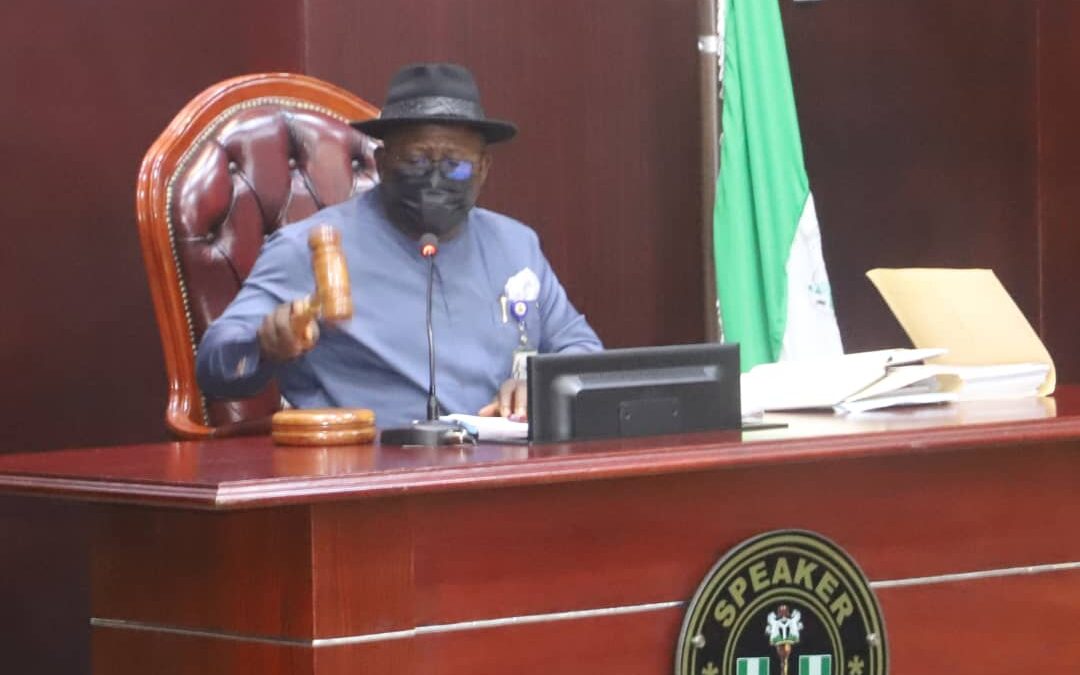 The Speaker of the Delta State House of Assembly, Rt Hon Sheriff Oborevwori has commended his colleagues for storming Abuja to honour him when he was presented with two awards by the Independent Newspapers, describing them as his bosses.

At plenary session on Tuesday, November 23rd, 2021, the Speaker expressed gratitude to his colleagues for the Honour accorded him.

“Like I said at the Award night in Abuja, you are my bosses and that is what I will continue to call you people. We are doing well as a House and let us sustain the tempo for the good of our people. Once again, thank you for coming out in your numbers to honour me in Abuja” the Speaker who is also the National Deputy Chairman of the Conference of Speakers of state legislatures of Nigeria added.

Recalled that the Speaker was accompanied by his wife, former Deputy President of the Nigerian Senate, Senator Ike Ekweremadu, 25 members of the Delta State House of Assembly and other top government functionaries to the Award ceremony held at the Sheraton Hotel, Abuja.