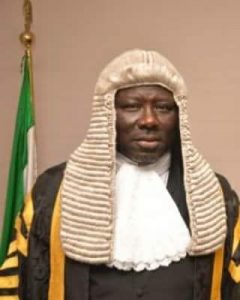 The facility is in the sum of 1.5 billion naria each to be repaid in six months through the issuance of an Irrevocable Standing Payment Order from the State Government’s FAAC account in Zenith Bank Plc.

The Speaker, Rt Hon Sheriff Oborevwori who at plenary read out the content of the letter conveying the request by the Governor told newsmen that the speedy ratification of the request reaffirmed the commitment of the State Legislature at ensuring speedy and unhindered execution of people’s oriented projects embarked upon by the State Government.

Oborevwori stressed “Governor Okowa has respect for the rule of law. The fiscal responsibility law of the State stipulates that such approval must be ratified by the Delta State House of Assembly. The Governor has presented the request and the House speedily attended to it in line with our resolve to continue to synergize with him to promote good governance and development in the State. A genuine request need not to be delayed by the House. And if you listen to the arguments of members during the debates on the merits of the request, you can see that the support was overwhelming and unanimous”.

Governor Okowa had in a letter addressed to the Speaker disclosed that the State Executive Council in its 5th meeting of 2018 ratified the approval, including the terms and conditions of the transaction, noting “Against this background and procedurally, the concurrence and ratification of the State House of Assembly is expected to be sought and obtained to conclude the transaction”.

“The Speaker and Members are invited to note that constrained by the State debt burden, it became imperative to bring its outstanding commitments within sustainable limits as enshrined in the Fiscal Sustainability Plan to which the Delta State Government has Assented. In that direction, the state government plans to start defraying the negotiated outstanding commitments of 11,742,080,116.01 and 8,091,128,623.78 to Messrs CCC Construction Nigeria Limited and Setraco Nigeria Limited respectively in view of the fact that the outstanding commitments to these contractors represent a considerably large portion of the state’s overall debt to contractors”, the Governor said in his letter.

Continuing “It is important to stress that the State Government needs to keep within the set debt thresholds agreed in the Fiscal Strategy Paper (FSP) to continue to enjoy the Federal Government Budget Support Facility and that of World Bank. A tripartite discussion with the Contractors and their Bankers culminated in both contractors being offered a Short-Term Certificate Discount Facility by Zenith Bank in the sum of One point five billion naria each to be paid in six months vide the issuance of Irrevocable Standing Payment Order from the state’s FAAC account in Zenith Bank.

The request was approved by the House at plenary presided over by the Speaker, Rt Hon Sheriff Oborevwori after debates on its merits by members led by the Majority Leader of the House, Hon Tim Owherefe.

Hon Owhefere stressed that the State Government resolve to see every project to conclusive end, should be a drive for the House to give requisite assent to the request.

His argument was supported by the Member Ughelli South, Hon Rueben Izeze who added that the level of commitment of the two affected contractors to the jobs awarded them by the State Government underscores the need for requisite funding of those projects.

Other lawmakers who spoke including, Honorables, Evance Ivwurie, Daniel Mayuku, Samuel Mariere and Kennedy Daubry in their submissions, argued that the letter is harmless hence it behooves on the House as representatives of the people to give it a nod.

They argued that the development strides of Governor Okowa which has earned him the appellation ‘Road Master’ should be complemented by the House through requisite assent.