We didn’t call meeting to endorse anyone – Delta South Leaders 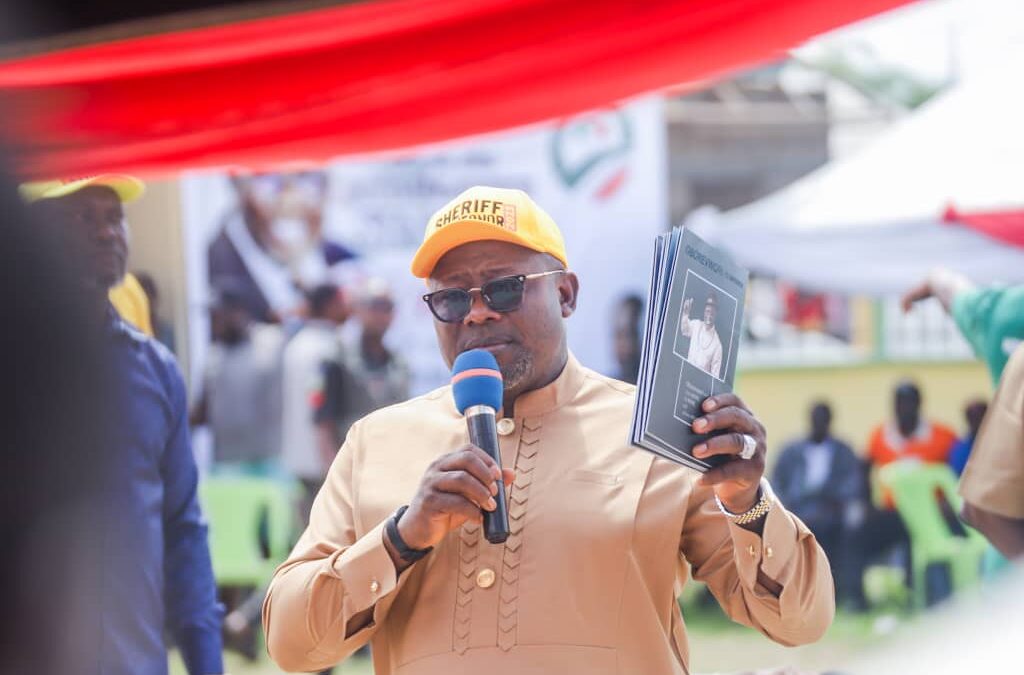 *** We Will Deliver Oborevwori At Primaries, General Elections – – – Ferguson Onwo

Chairman and Convener of the Delta South Leaders and Stakeholders’ Forum, Chief Mike Loyibo has refuted media reports that the forum’s meeting in Asaba yesterday was called to endorse the Speaker of the Delta State House of Assembly, Rt Hon Sheriff Oborevwori’s governorship ambition.

In a statement on Saturday, Chief Loyibo said Rt Hon Oborevwori was endorsed at the Peemos meeting held in Warri some weeks ago and therefore there was no need for another endorsement.

According to him, the Asaba meeting was hosted by the Managing Director of DESOPADEC, Bashorun Askia Ogieh to brief members on the progress made so far adding that the group had an appointment to visit the governor on Easter.

He said that the appointment with the governor was supposed to be in the evening but the governor was travelling to Abuja and asked them to come earlier than scheduled and that was why the meeting ended abruptly.

“The Delta South Leaders and Stakeholders Forum was formed principally for two things to come together and unite under the Governor who is a pan Deltan who has done well for all senatorial districts in the state to enable him finish strongly.

“It was also set up to ensure that Delta South is treated well in the scheme of things and to also participate fully in the transition process.

“At the famous Peemos meeting in Warri which had in attendance all aspirants and stakeholders, we singled out the Speaker of the Delta State House of Assembly Rt. Hon. Sheriff Oborevwori and endorsed him as our preferred governorship aspirant.

“Following the endorsement, we set up several committees and Local Government Coordinators to compliment the party structure to ensure that we give him our maximum support.

“We have gone round with him to all our local government areas in Delta South and the acceptance was massive. We held a meeting at Askia’s House in Asaba and it was a one agenda meeting to brief members on the happenings.

“I addressed members at the meeting and in the spirit of Easter the governor should be visited to brief him on what we have been doing that we have looked at all the people contesting and that we have settled for Rt.Hon Oborevwori and to seek his support as well.

“The Governor welcomed us and advised that as leader of the party he would ensure a free, fair and transparent primaries for all aspirants.

“And so we are shocked when we read in the papers that we were summoned by the governor to end the endorsement meeting for the Speaker of the Delta State House of Assembly, Rt Hon Sheriff Oborevwori.

“We only went to pay him an Easter visit and to brief him on our activities thus far and he assured that he will provide a level playing field for all aspirants.

There was nothing like Governor Okowa called to end a meeting that was called to endorse the Speaker, Rt Hon Sheriff Oborevwori because he has long been endorsed.

“Rt Hon Sheriff Oborevwori is the leading aspirant and I wonder who is afraid of his rising acceptance by all Deltans.

“He is a man loved by the people. We went everywhere with him and the level of reception was overwhelming.

“They should be ready to face him on the ground at the primaries,” Chief Loyibo added.

He urged delegates from Delta South to ensure that the MORE Agenda that will advance development in Delta come to fruition by voting for Rt Hon Hon Sheriff Oborevwori in the party primaries.

He called on all political leaders across board to support the MORE Agenda, saying “Deltans have chosen Rt.Hon Sheriff Oborevwori”.

In a related development, Majority Leader of the Delta State House of Assembly, Hon. Chief Ferguson Onwo dispelled rumour of the alleged stepping down of Speaker, Rt Hon Sheriff Oborevwori from the governorship race.

Onwo said the Rt.Hon Sheriff Oborevwori’s governorship ambition was a pan Delta project and there is no going back.

“The Rt Hon Sheriff Oborevwori’s gubernatorial ambition has gone beyond the Speaker himself, it is now a movement with destinies tied to the success of that project.

“The visit to the governor included members of the House of Representatives from Delta South, House of Assembly members, Council Chairmen as well as party leaders and stakeholders from the district.

“So those talking about the Speaker stepping down are only saying that from the figment of their imaginations. We will continue to support him to emerge candidate of the party and go ahead to deliver him in the general election,” Onwo stated.