We Can’t Stop Journalists From Covering The House… DTHA 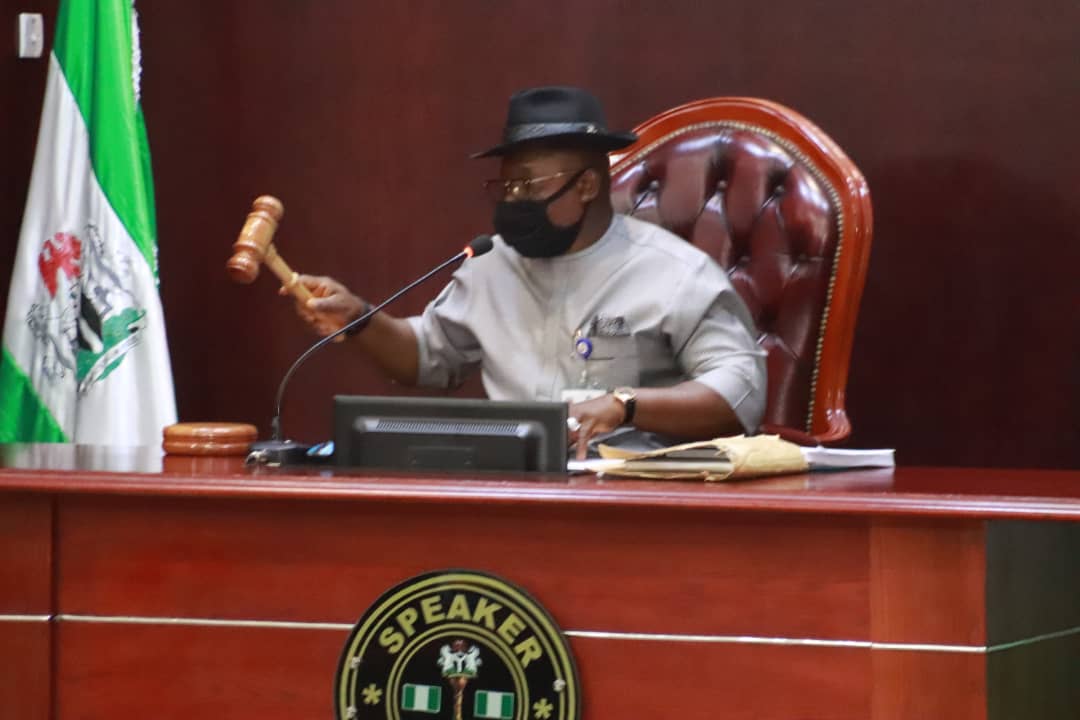 The Delta State House of Assembly has debunked a social media report that journalists were prevented from gaining entrance into the public gallery during plenary.

The Majority Leader and Chairman, House Committee on Information, Hon Tim Owhefere who stated this while addressing newsmen in his office in Asaba, said the allegation was not a true reflection of the situation in the state legislature.

Hon Owhefere, flanked by the Deputy Majority Leader, Hon Oboro Preyor, explained that the novel Covid 19 pandemic had forced the leadership of the house to adopt measures aimed at reducing human and vehicular traffic in the complex.

He said “I want to put the record straight. You must have noticed that there is an adjusted sitting arrangement in the chambers. Since the  business of governance must continue, we have to find a way out to resume plenary. Members now sit in batches and non essential staff were directed to stay away”.

“We read report that some journalists have been prevented from coming into the gallery. That is not true. What we tried to do is to ensure that the gallery is not over crowded. We have contacted number of Media Houses on the development, and they responded by cutting down the number of persons they send to the gallery. The Assembly do not determine those that are sent by these Media Houses. We are only trying to restrict the number of persons at the gallery for the purpose of social distancing”  Hon. Owhefere explained.

The Lawmaker who represents Isoko North in the House, stressed that the new order at the Assembly Complex was part of measures to control the spread of Corona virus in the state and it is not peculiar to Delta State legislature alone.

Hon Owhefere emphasized that the new order affects both the members, political aides, civil servants, other support staff and visitors to the Assembly Complex, saying that normal activities will return when the fight  against the pandemic is won.

“We cannot afford to have full gallery for now. So we have asked our political aides to stay off for now. This is to ensure we do not turn  the gallery into a virus spreading unit as we all understand that it is safer to keep safe distance from the next person. For as long as we are under this threat, we are still going to observe that. The new order is in line with the  federal and state government efforts to control the dreaded Covid 19 and the full support and cooperation of everybody is required to win the war”, the Majority Leader stated.

He also said that; “It is just a temporary arrangement because of the circumstances we find ourselves. It is not going to be a permanent arrangement. We just can not say everybody should sit and endanger our lives and even that of others. We can not afford to break the same very rules that we have put in place to ensure the safety of the people”.

The Majority Leader and Chairman, House Committee on Information, expressed gratitude to  journalists in the state for their reportage on the activities of the house and called for greater collaboration.