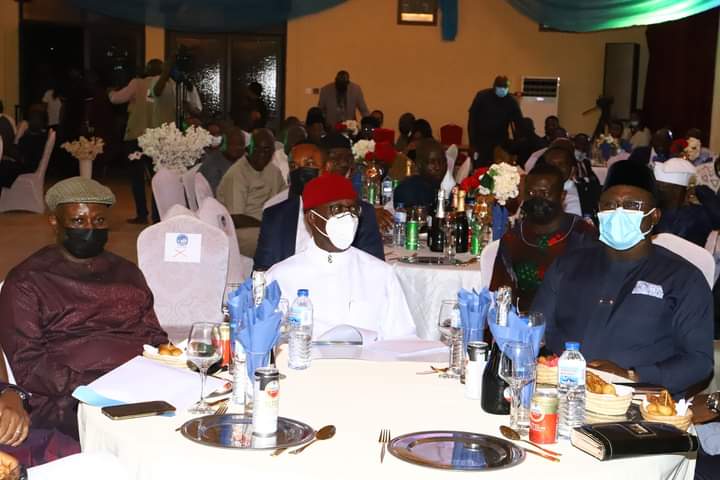 The United Nations has lauded Governor Ifeanyi Okowa of Delta for his efforts at developing rural communities in the state.

UN’s Resident and Humanitarian Coordinator in Nigeria, Mr Edward Kallon, gave the commendation on Thursday night at a state banquet organised for him and his delegation at Government House, Asaba.

He said that with the level of development in rural areas of the state, Okowa had demonstrated passion and focus for the lives of the rural people.

According to Kallon, the governor’s rural development agenda had seen many satellite towns developed with good roads and schools, universal healthcare and youth engagement.

He remarked that Delta was doing well in managing peace and conflicts and urged the governor to sustain it.

“We have done a sequential analysis of where we are in Nigeria and I can tell you that Delta has done well in terms of promoting universal health care, youth employment and rural development in the state.

“Governor Okowa is one of the most progressive governors in Nigeria and it’s worth commending what the Delta State Government has done in terms of peace and conflict resolution because without peaceful co-existence you can’t talk about development.

Kallon urged the state government to adopt a strategic policy that would move the state to the next level of development, adding that Nigeria required 350 billion dollars to achieve the 17 Sustainable Development Goals (SDGs) before 2030.

On COVID-19, the UN Representative urged Nigerians not to lower their guard but to keep observing preventive protocol, testing, isolating and treatment.

“We must work towards vaccinating at least 70 per cent of the people before you can talk about immunity,” Kallon added.

In his remarks, Governor Okowa said that the poverty rate in Nigeria fuelled insecurity and called for intensive advocacy on population control.

He said that Nigeria was in tough times with dwindling oil revenues, insecurity and COVID-19 pandemic posing further challenges on the economy, especially on daily income earners.

According to the governor, poverty in itself creates a lot of insecurity. You can only work hard if you find work to do or join those who have the opportunity to cause crisis.

“Insecurity further deepens the poverty rate as many people are unable to work and we are in a country where we fail to plan but we expect to have results.

“Our economy is not growing the way we expect it to grow and we are not expanding the economy because we are still dependent on the oil resource, and because of the situation we have found ourselves, once there is a deep shock in oil prices, it affects us,” he said.

He called for increased advocacy on population control, saying “we have continued as a nation to encourage a high population growth.

“If we continue to give birth the way we like as a family, it’s a very dangerous thing for our nation.

“No amount of planning can take us out of poverty as long as the population continues to grow and the economy remains at the same level; it will be difficult to get out of poverty.

“As people continue to stay in poverty it becomes more difficult to control insecurity in our nation.”