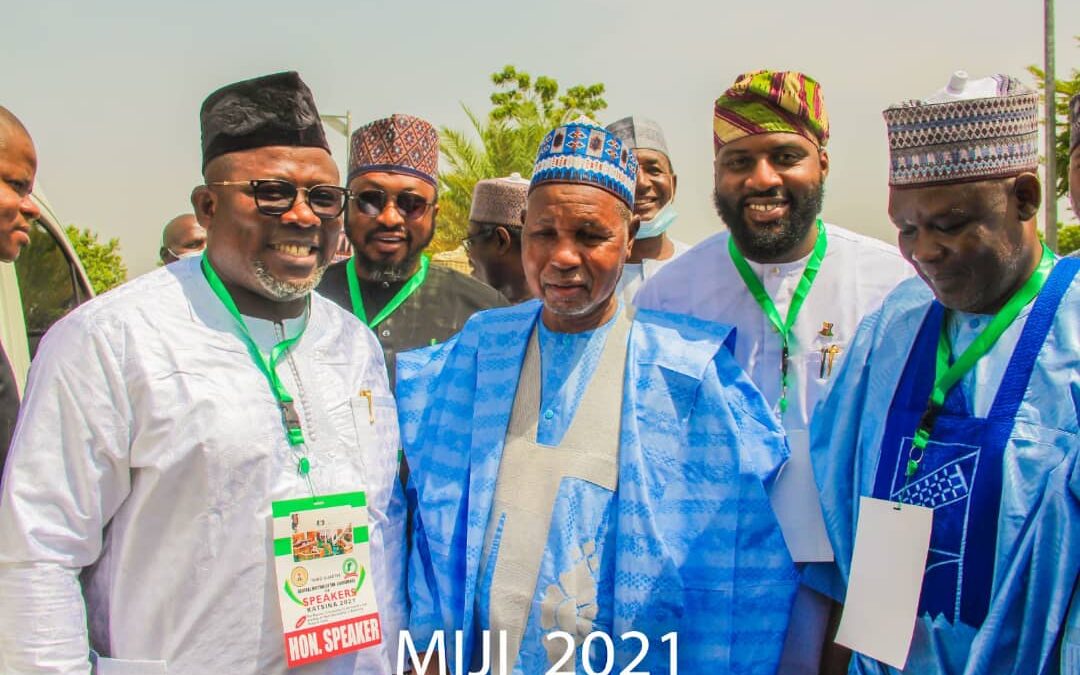 THE COMMUNIQUE ISSUED AT THE END OF THE THIRD QUARTER (2021) GENERAL MEETING OF THE CONFERENCE OF SPEAKERS OF STATE LEGISLATURES OF NIGERIA, HELD ON THE 23RD OCTOBER, 2021 AT THE GOVERNMENT HOUSE, KATSINA, KATSINA STATE.

After exhaustive deliberations, the Conference issued the following resolutions at the end of the meeting:

The Conference commends and appreciates the efforts of the Executive Governor of Katsina State Rt Hon Aminu Bello Masari, CFR and the Rt Hon Speaker, Katsina State House of Assembly Rt Hon Tasiu Musa Maigari for hosting the 3rd Quarter General Meeting of the Conference of Speakers of State Legislatures with the theme: “The Menace of Insecurity in the Country and the Role of State Assemblies to Restore Peace and Order”

The Conference resolved to make appropriate laws to address fundamental issues that breed insecurity in the land as well as creating employment for the youth with a view to curbing the menace of insecurity the Country;

The Conference, while commending the governors who have given assents to the Fund management Bills passed by their respective State Houses of Assembly, calls on other state governors who are yet to do so to give assents to this noble Bill for effective and efficient implementation of financial autonomy across the nation;

The Conference calls on the Federal Government and to declare the banditry and kidnapping as act of terrorism and as such deal with the perpetrators decisively.