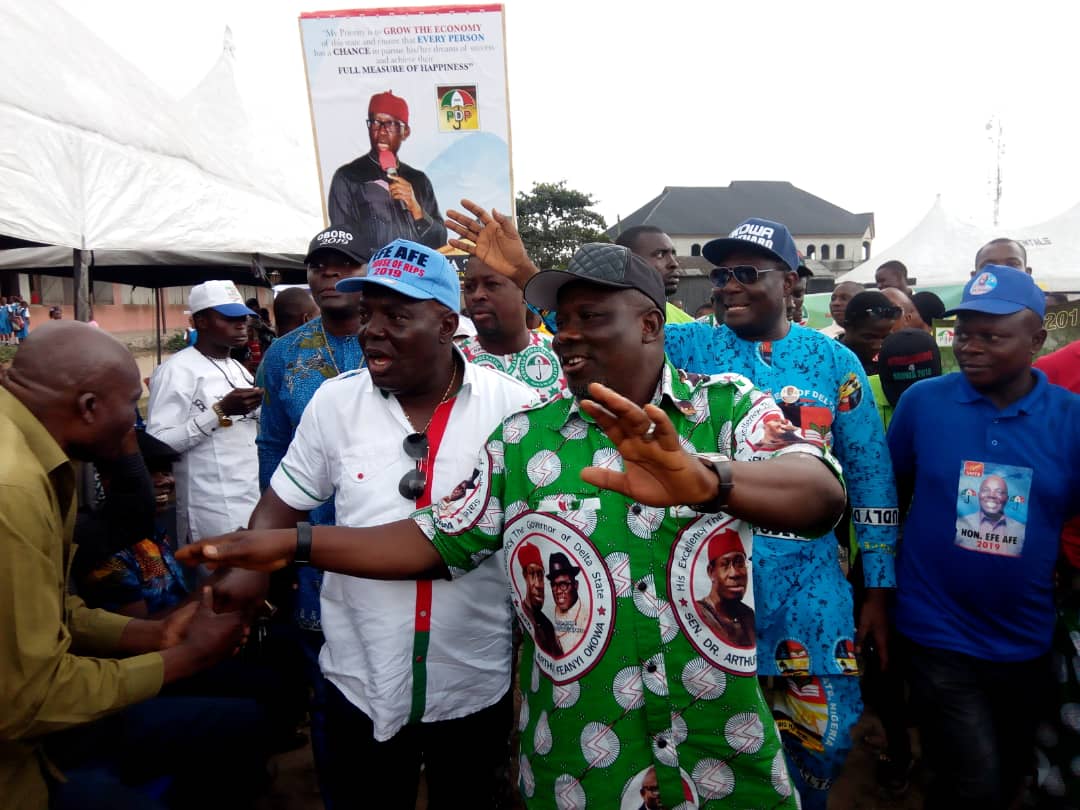 *** ENDORSE ATIKU, OKOWA, OBOREVWORI, OBORO AND AFE. PROMISED TO VOTE MASSIVELY FOR PDP IN ALL ELECTIONS.

The campaign train recorded a huge success, acceptance and endorsement in all the communities visited. The story is the same from the beginning to the end.

It is worthy of note that, the scheduled political campaign literally metamorphosed into celebration and conviviality. There was a consensus of opinion of community leaders. They agreed that the development on ground in their various communities were executed by different PDP governments in the past.

They commended the developmental strides of the “Road Master” His Excellency, Sen. Dr Ifeanyi Okowa in all parts of the state and in Okpe local government area in particular. The leaders also passed a vote of confidence on Rt Hon. Sheriff Oborevwori, whom they referred to as “Empowerment Master”,

The communities promised total victory for Atiku, Okowa, Oborevwori and Afe
in the coming elections.