Owhefere : I Have Lost A Dear Friend, Confidant -Oborevwori 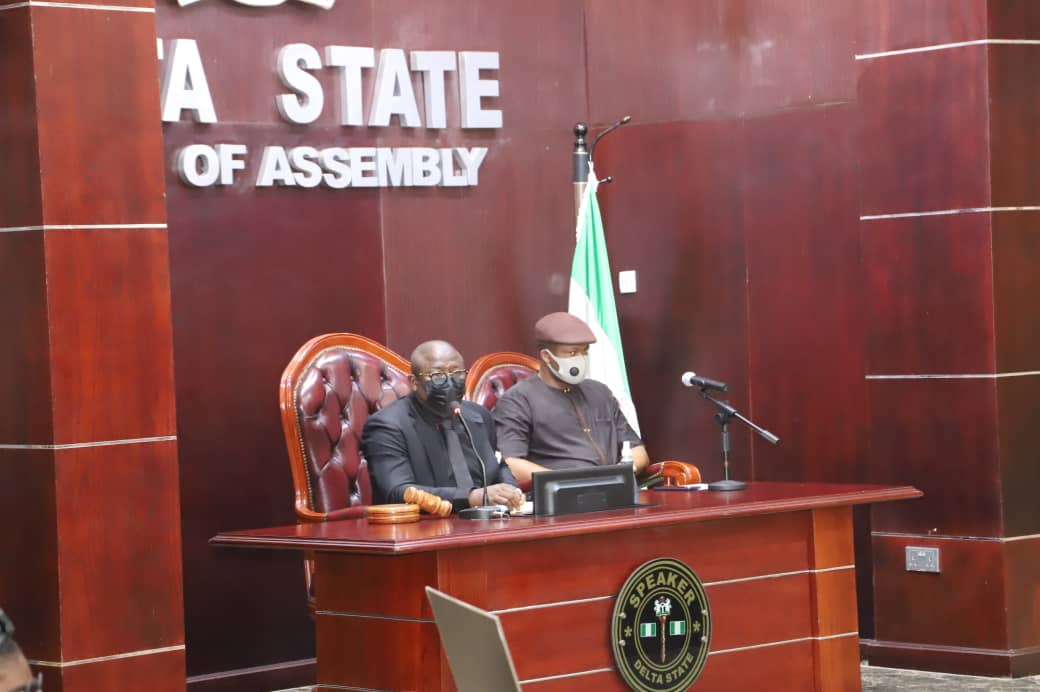 Owhefere : I Have  Lost  A  Dear Friend, Confidant —– Oborevwori

*** His memory will definitely remain forever in our hearts— Suleiman

The Speaker of the Delta State House of Assembly, Rt Hon Sheriff Oborevwori on Tuesday, February 2, 2021 paid glowing  tribute to the late Majority Leader of the House, Hon Tim Kome Owhefere, saying he has lost a dear friend and a confidant.

At a valedictory  session in honour of the departed Majority Leader,  the Speaker said that he devoted his energy for the service of his people, adding that he served his people until his last day on earth.

He said; “Distinguished Colleagues, I have lost a dear friend and a confidant in the passing of Honourable Tim Kome Owhefere KSC, Esq. Without exaggerating, he was a true definition of loyalty, a partner in progress and a legislative walking Colossus in the House. We will surely miss his nuanced debates on the floor of the House. My dear Majority Leader, your sudden departure has tipped the balance in our works”.

According to the Speaker who is also the  Deputy National   Chairman of the Conference of Speakers of State Legislatures in Nigeria;  “Honourable Colleagues, this is a sober moment for me, and I guess it is for everyone  in this hallowed Chamber including those at the gallery. I am very emotional at the moment. If at a point you do not hear me very well, you should not blame yourselves. It could be that my emotions have taken over my voice. But I will try my best”.

Rt. Hon.Oborevwori said that  Wednesday,  January, 27,  2021 began like every other day of the week  until the unthinkable, the unimaginable happened on that dreadful Wednesday night,  saying that; “Alas, our Majority leader, my Majority leader, the amiable Majority leader of this vibrant Delta State House of Assembly passed away. May his gentle soul rest in perfect Peace. Amen”.

“It beats my imagination that I will be speaking about Hon Tim Kome Owhefere in the past tense”, he said.

Hon. Owhefere,  according to him,   struck him as someone born hungry for success and had it all carefully mapped out, saying he  went to school when his mates were in school and graduated with  HND, Publishing and that being  a man with eyes fixed on higher academic echelons, he again went back to school and qualified as a lawyer.

He stated that the late lawmaker  tested the trouble waters of life early as a businessman before venturing into politics and eventually became a member of the Delta State House of Assembly in June 2007 till date.

The Speaker said that  Honourable Owhefere exhibited wit and verve in the discharge of his legislative duties, adding that he  carved a niche for himself as a legislator par excellence early in 2007 and thus was appointed Chief Whip by the Fourth Assembly of the House.

While describing late Honourable  Tim Owhefere as  a stickler for sound parliamentary rules, practice and procedures,  the Speaker stated that his  knack for details was  second to none, noting that he  was the seasoning that added flavour to our debates in plenary, Committees’ hearings and at Committee of the Whole House. “He was indeed a great team player in the House”.

He said;  “Dear Honourable  Owhefere, you have  fought a good fight, you have finished your course ,you have kept the faith and the sun has set at noon  –  Is now HAKUNA MATATA for you  – No Trouble, No Worries !!!

Rt Hon Abubakar Suleiman  said that; “Although I didn’t know Late Hon Tim Kome Owhefere, Esq; I know how important he was to you, his constituents and Delta State as a whole. I learnt that the late Honourable member, using his position as the Majority Leader of this Hallowed Chamber, had contributed immensely towards maintaining peace, stability, and mutual Cooperation among the Honourable Members and between the Executive and Legislature in the state. And It is a fact, that in the history of the Delta State House of Assembly, both Rt Hon Sheriff and Hon Tim have served two consecutive Assemblies (6th and 7th Assemblies) as the Hon Speaker and the Majority Leader respectively. This is stability. And it is a great legislative feat that cannot be achieved in the parliament without patriotic contributions and cooperation of the Majority Leader. His memory will definitely remain forever in our hearts”.