OSUBI AGOG, AS OBOREVWORI MADE A TRIUMPHANT ENTRY INTO THE COMMUNITY 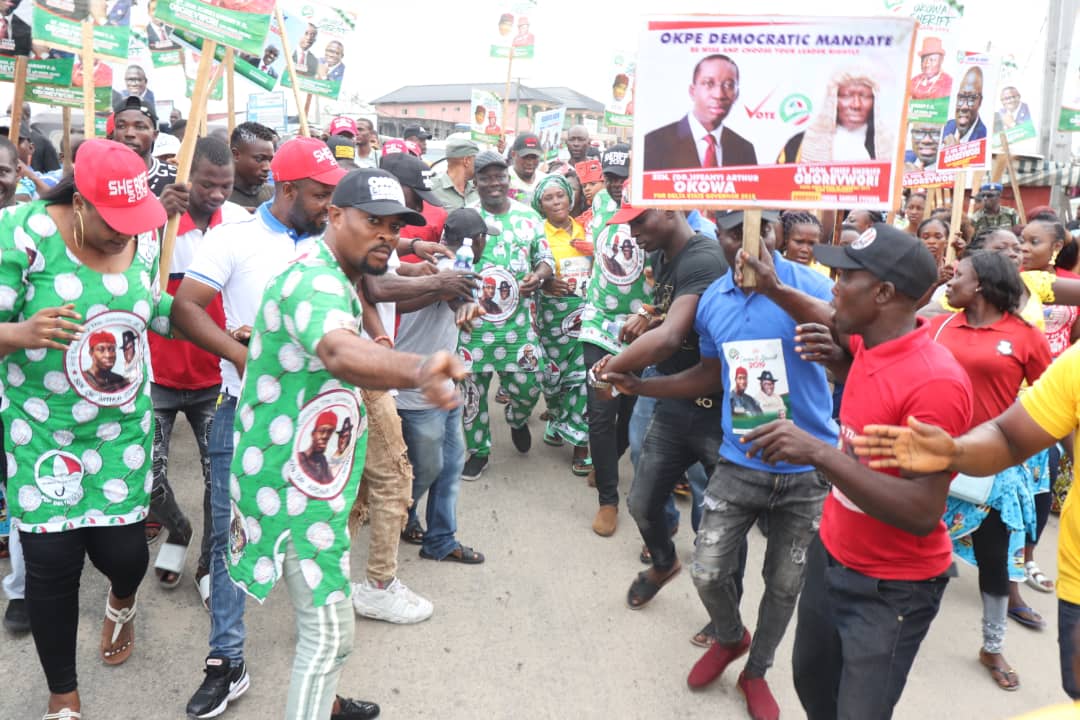 In all the communities visited, the story was the same. The Governor of Delta State, His Excellency, Sen Dr. Ifeanyi Okowa and the Speaker of the Delta State House of Assembly, Rt Hon Sheriff Oborevwori, illustrious son of the soil, were unanimously endorsed for second tenure because of the visible development and dividends of democracy they brought to the area in the last three and half years.

The train was received in all the communities with jubilation and prayers.

The response from the community leaders was clear: Ward three is 100% PDP. They prayed and expressed gratitude to Deltans for electing their son as the Speaker of the state and for the numerous projects spread across the area.

They promised to deliver Atiku, Okowa, Oborevwori, Oboro and Afe in the coming elections.

The campaign train moves to ward one on Friday 25th January, 2019.