Okowa Urges Political Appointees To Give Their Best To The People … Swears-In New Commissioners, Others

Okowa Urges Political Appointees To Give Their Best To The People 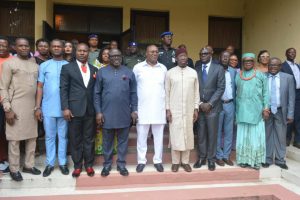 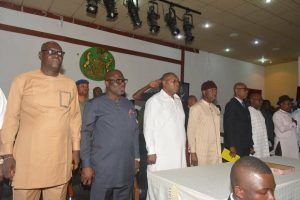 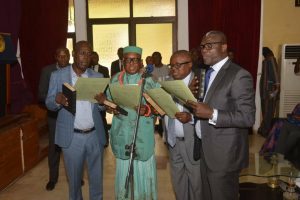 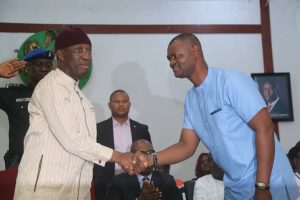 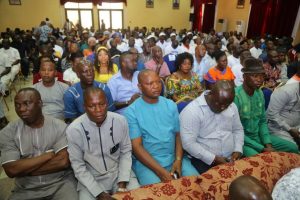 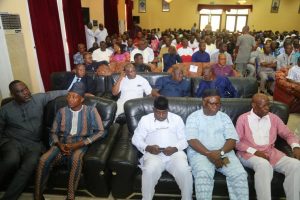 According to Governor Okowa, “I expect that those appointed to serve in various capacities, should give their best to the entire State; in your various portfolios, we expect you to serve with integrity, devotion, commitment and accountability.”

“It is our expectations that you will provide fresh ideas and new drive to support the government in consolidating our programmes and projects, while moving the politics of Delta State to a higher level of humility, justice and harmony as you serve our people,” he said, adding, “I want to remind the new appointees that your assignment will be especially challenging, as we seek to accomplish most of our projects and other commitments under a disciplined financial regime and urgency, especially as the seasons of expectations of our citizens, active politics and attendant elections begin to accelerate.”

He used the occasion to also, call on all Deltans to actively participate in politics, stating that Deltans should be conscious and at all times, stand for transparent, free and fair elections, where every vote counts.

While congratulating the appointees, Governor Okowa urged them to inject fresh and productive ideas into the Ministries, Commission or Board they find themselves, stating, “I urge all those sworn-in or inaugurated today to bring with them the desirable winning attitude, ingenuity and deep insight in the handling of your various assignments; these are the only ways you can assist this administration leave a desired legacy of service in Delta State, while also endearing yourselves to our people.”

“We are approaching the twilight of our first term in office; we have before us, many urgent challenges arising from the committed pursuit of our projects and programmes, including the inevitable pressures of politics as we are getting deep into the electioneering season; but, we need not be derailed in our commitment to our economic agenda,” he admonished.

Responding on behalf of the appointees, Hon. Ejaife Odebala thanked Governor Okowa for the appointment, expressing delight that they have been chosen to be part of the team that was working to positively change the lives of Deltans.

He assured the governor and all entire Deltans that they will discharge their duties meritoriously to the benefits of the people.

The ceremony was attended by the the Speaker of the Delta State House of Assembly, Rt. Hon. Sheriff Oborevwori and host of others.