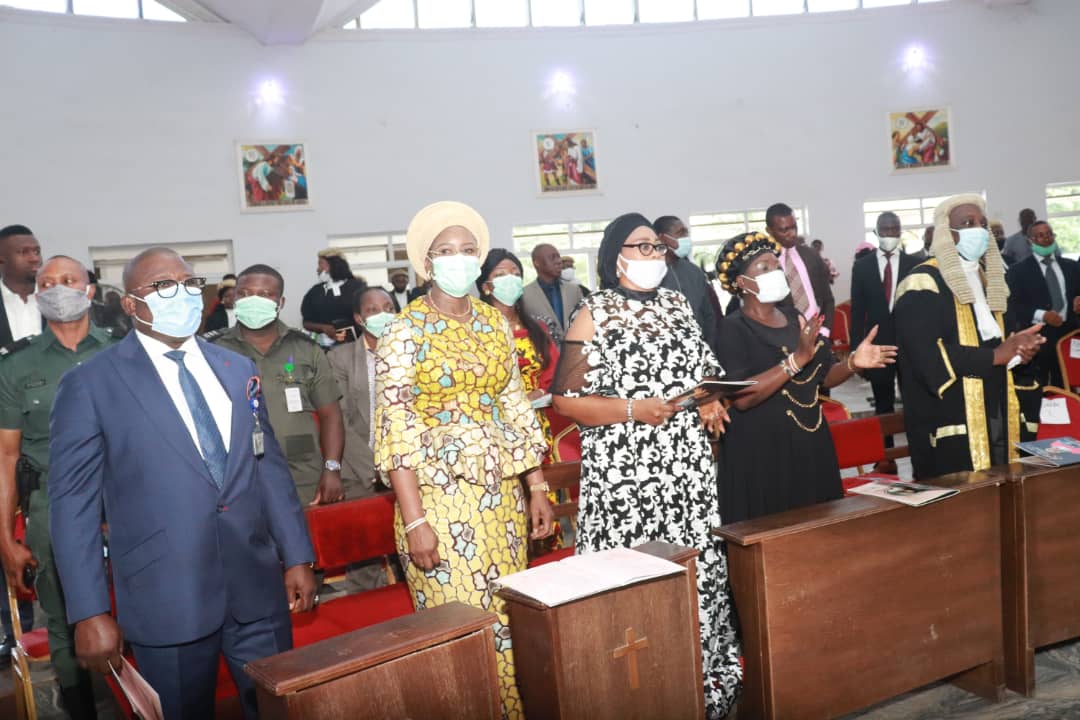 Delta State Governor, Senator Dr Ifeanyi Okowa has urged the retiring President of the Delta State  Customary Court of Appeal,  Hon. Justice S.O.N Ogene  to bring the lessons of the years past to bear in her  future endeavours.

The   Governor  advised her not to  retire into private life as the State will still need her  counsel and services especially as a role model to the girl-child.

Governor Okowa who was represented by the Speaker of the Delta State House of Assembly, Rt Hon Sheriff Oborevwori at the Thanksgiving Mass for a happy retirement in honour of Justice Ogene, at the Emmanuel the Saviour Catholic Church, opposite High Court,  Asaba, said that her name is synonymous with Customary Judicial Administration in the State.

According to him; “It is noteworthy that in these  past twenty one years, His Lordship has brought about remarkable reforms in the administration of the Customary Court System in the State. Under her watch, the Customary Courts System was clothed with criminal jurisdiction and Area Customary Courts are now being headed by Legal Practitioners”.

“In other words, His Lordship believes in putting a round peg in a round hole. As one of the State’s foremost Jurists, Hon. Justice S.O.N Ogene discharged her duties with excellence and impartiality. The Honourable Justice dedication to duties, diligence and high sense of commitment to judicial assignments were unparalleled. These virtues have attracted a lot of people to follow her judicial career with admiration”, he added.

He also said that;  “As you go into retirement, I urge you to bring the lessons of the years past to bear in your future endeavours. Do not retire into private life as the State will still need your counsel and services especially as a role model to the girl-child. You have shown that it is possible for women to achieve their dreams if they dare to aspire”

While  congratulating her  on her  new age and  well deserved retirement from active service, he prayed  that God will grant her  many more years of service to the society and humanity.

” I congratulate  a legal icon, an Amazon, a colossus of law and administration of justice, Hon. Justice S.O.N Ogene as she celebrates her birthday and retirement as the President of the Customary Court of Appeal. Congratulations and happy birthday”, he said.