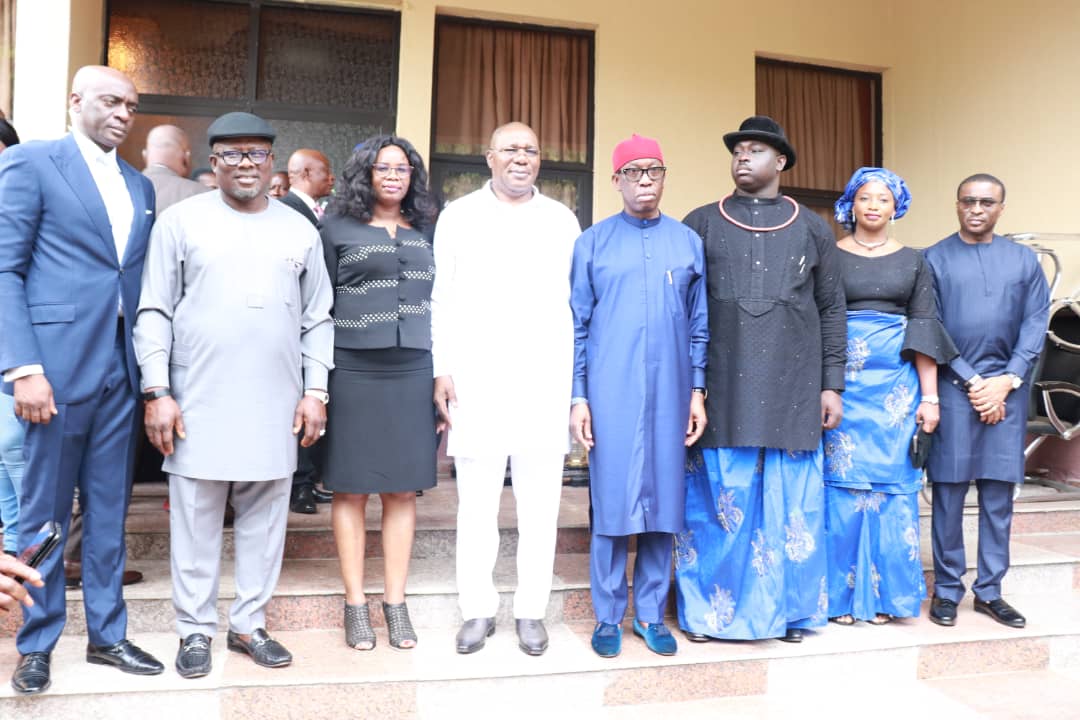 The governor made the call on Tuesday while swearing in a Special Adviser, Chief Emuobo Gbagi and inauguration of five boards of different parastatals and agencies in Asaba.

He said that all government functionaries should “sit up and get running, because there is a lot to be done”.

According to him, I see you appointees as a vehicle for rendering of selfless service to Deltans and not as opportunity to enrich yourselves or for ego trip.

“You (political appointees) must hold the position in trust for the people; it is not about eye service to the Governor but, about the impact that you will make in the lives of the people.

”We are to render service to the people, work with the people, communicate with the grassroots, and bring development to them; only then would we have performed as a government,” he said.

The governor congratulated Gbagi and others who were inaugurated at the ceremony and urged them to cooperate with civil servants to ensure seamless rendering of service to the people.

“There is a lot to be done and we will continue to do our best to meet with the aspirations of Deltans.

“I want to state that it is not possible to give appointment to all Deltans who saw to my emergence as Governor; what I will assure is that as much as possible we will deliver the dividends of democracy and reposition our state to be prosperous for stronger Delta to be achieved.

“We will continue to stay focused on our goals; everybody should provide the enabling environment that will engender peace for investment to thrive, because the more resources we have, the more we engage in development programmes,” he stated.

The Boards inaugurated were those of Delta State Library Board with Dr. Israel Abido as Chairman and Mrs Ayo Ojeifoh, Mr Donald Akpojohare, Mrs Blessing Oghogho as members;

Also inaugurated was Chief Andrew Orugbo as Chairman of Governing Board of Delta State Polytechnic, Ozoro.

Orugbo responded on behalf of all the appointees and congratulated the governor on the recent reaffirmation of his electoral victory by the Gubernatorial Election Petitions Tribunal.

He assured that they will carry out their duties diligently to the benefits of Deltans.