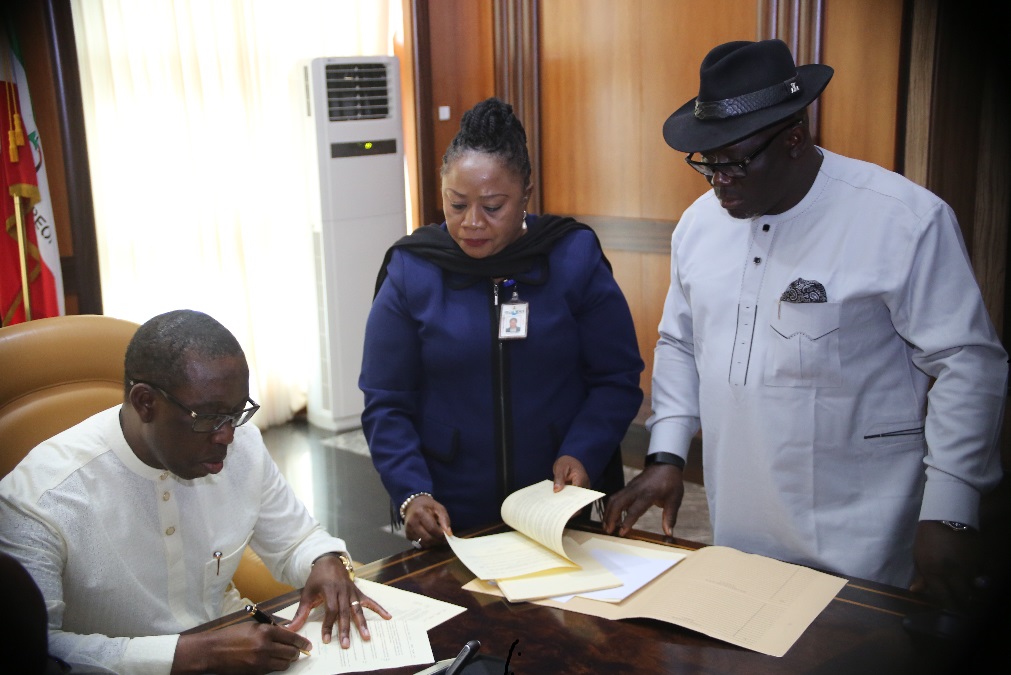 DELTA State Governor, Senator Dr Ifeanyi Okowa on Friday assented to a bill to outlaw illegal and forceful entry into development sites in the state popularly known as “deve” in local parlance.

Speaker of the Delta State House of Assembly, Rt. Hon. Sheriff Oborevwori, accompanied by the Clerk of the Assembly, Mrs Lyna Ocholor and other principal officers presented the bill known as, “Delta State Public and Private Properties Protection Bill 2018 to the Governor for assent at Government House, Asaba.

The governor also, assented to a bill to amend the Delta State Oil Producing Area Developmental Commission (DESOPADEC) law. The Governor at the occasion, promised to assent to other bills that have been passed by the Delta State House of Assembly.

Governor Okowa who disclosed that harassment of property developers in the name of “deve” had chased away a lot of developers, expressed confidence that with the signing into law of the bill prohibiting illegal and forceful entry into development sites, the state will witness speedy development.

“we will collaborate with the Delta State House of Assembly to ensure that laws are passed to impact positively on the lives of our people, I am glad that this bill to prohibit the forcefully entry into public and private properties has been passed into law as it will stop youths from trespassing into property development sites in the state and make investment to thrive”, Governor Okowa said, adding that “this prohibition will impact on the lives of our people and bring investment sanity into the state”.

On the DESOPADEC amendment bill, the governor explained that the amendment was meant to ensure that no vacuum was created in the leadership of the Commission as government can now extend the tenure of the Board under given circumstances.

He commended the Speaker and members of the House of Assembly for their cordial relationship with the Executive arm in bringing development to the people and impacting on the lives of Deltans.

Earlier, Rt. Hon, Oborevwori had while presenting the bills for assent, told the Governor that the bills passed through all the processes required for them to be passed, stating that the bills were meant to impact on Deltans, create peace, boost the economy and bring development to the state.