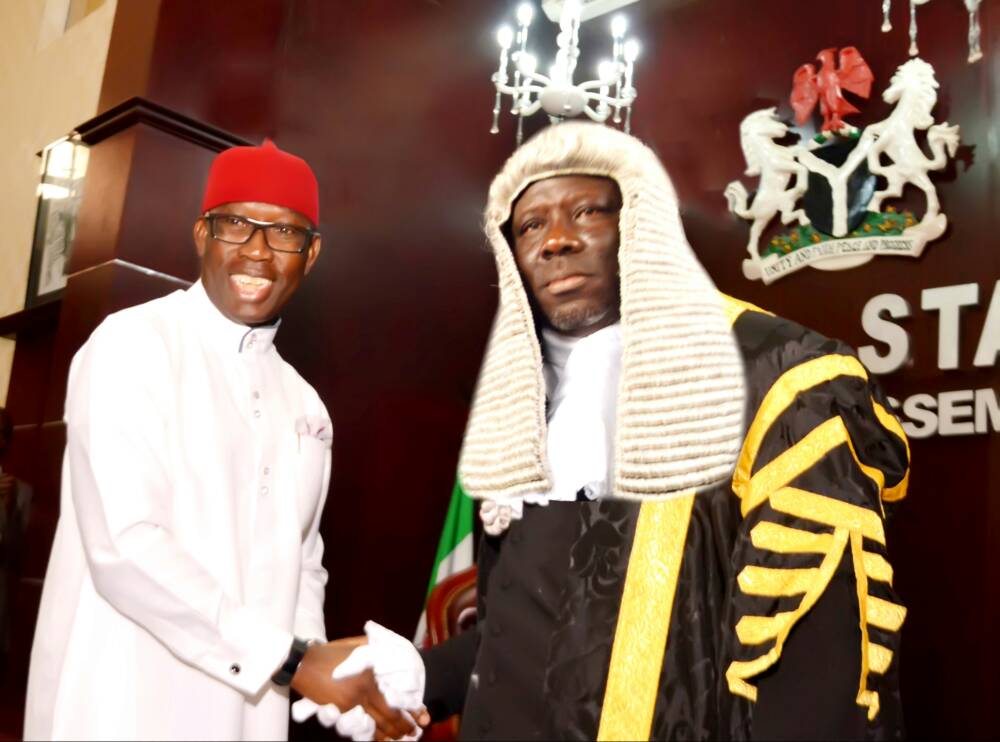 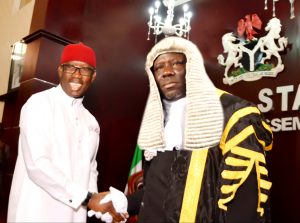 Delta State Governor, Senator Ifeanyi Okowa has congratulated the Speaker of the Delta State House of Assembly, Rt. Hon. Sheriff Oborevwori, on the occasion of his birthday anniversary on Tuesday June 19, 2018.

Chief Press Secretary to the Governor, Charles Aniagwu, in a statement on Monday, said Okowa joined the State Assembly, the people of Okpe State Constituency, friends and family of the charismatic leader in celebrating the years of remarkable achievements and awards that have culminated into this year’s anniversary.

The Governor extolled Oborevwori’s humility, simplicity and discipline in providing exceptional leadership for the State legislature in the last one year by diligently bridging the gaps and creating a harmonious atmosphere for debates and exchange of ideas for state and national development.

Governor Okowa affirms that the Speaker’s personal attributes of selflessness, maturity and friendliness have substantially eased the relationship between the Executive and the Legislative arm, resulting in the prompt passage of bills that directly impact the livelihood of Deltans.

Recalling the Oborevwori’s massive empowerment of his Constituents recently, Gov. Okowa commended the Speaker for exhibiting exemplary leadership and commitment to the ideals of democracy and rule of law.

“On behalf of my family, the government and people of Delta State, I celebrate with one of Delta’s finest lawmaker, Hon. Sheriff Oborevwori on the occasion of his birthday anniversary today, Tuesday June, 19th 2018.

“Mr. Speaker, you have brought stability, experience and worthy ideals to bear in the discharge of the functions of your office and we are entirely grateful to you. I therefore charge you to continue in your quest to provide leadership in the House as we seek further ways of partnership in our avowed determination to bring prosperity for all Deltans.

Governor Okowa prayed that the Almighty God will grant the Speaker longer life, good health and wisdom to serve the state and humanity.