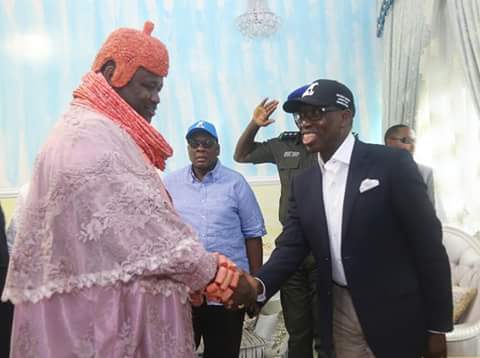 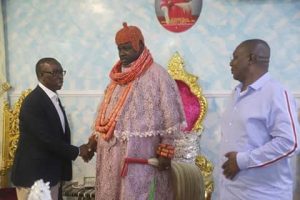 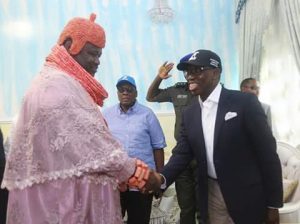 The Governor who was accompanied by his Deputy, Barr. Kingsley Otuaro and top government functionaries, at a town hall meeting with the people of Burutu local government area, stated that his administration was committed to executing developmental projects in the riverine communities of the state.

Some of the projects he commissioned and inspected during the visit include, Burutu township roads, Obotobo-Sokebulou road, Burutu ultra-modern market, among others.

“There is a lot of challenges associated in constructing roads in this area, the contractor handling the 18.9 kilometre Obotobo/Yokri road had to get a mobile asphalt plant and with the pace of work, we hope to come back very soon for commissioning,” the Governor said, adding, “I will like to be remembered for the commitment of my administration to developing riverine communities.”

He continued, “it is my hope to bring people at the federal level to commission projects at the riverine areas.”

The Governor decried calls for the establishment of more institutions of higher learning in the state, disclosing that he was committed to ensuring full accreditation of courses offered by the existing institutions in the state for the benefits of the students and Deltans in general.

While commending the high turn out of people for the town hall meeting despite the difficult terrain of the area, Governor Okowa commended the people for keeping the peace which has made it possible for development activities to take place.

Chairman of the local government council, Hon. Godknows Angele had in an address, said the people of the area will reciprocate Governor Okowa’s commitment to developing the area by re-electing him in 2019 to continue with his good works.

Others who spoke at the occasion thanked the Governor for attracting development to the area which was hitherto, avoided because of its difficult terrain.