Okowa Charges Political Leaders To Be Upright At All Times 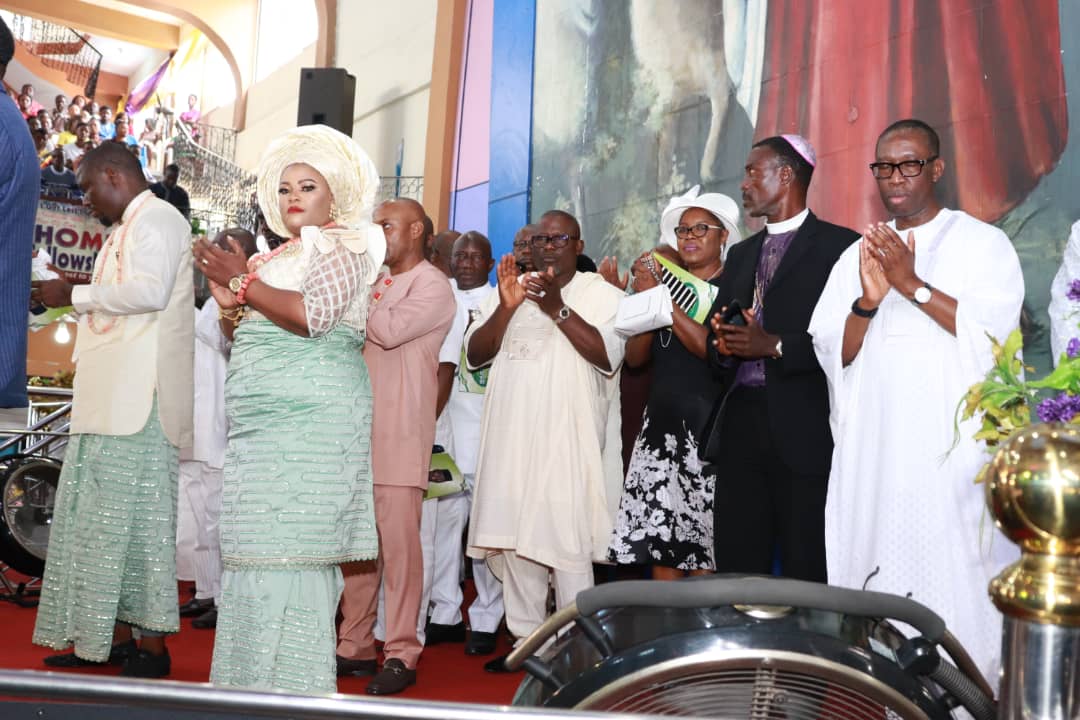 in leadership positions and are expected to do the right things at all times.

Governor Okowa dropped the hint on Sunday,  July 28, 2019, at the re-election victory and successful inauguration into the National Assembly of House of Representatives by Rt.Hon Julius  Pondi.

to the governor, “I want to thank God for this occasion, as  politicians, we will always strive to do it right for the people,

because, every politician is in position of leadership in one way or the

other.”“Whatever we do, is of the glory of God, because, God  is fulfilling His promises through us,” the governor said, adding, “we  will do what we are supposed to do with God as our strenght.”

He commented Rt. Hon. Pondi for giving thanks to God, stating, “he (Rt.

Hon. Pondi) recognised where he came from and give thanks to God; when

you fail to give God the glory for being the source to your strength, He

will take it away from you; the best you can do is to serve the Lord

with all that you can and all you have.

”“As an individual,  God has been so faithful to me; I am a witness to what God can do in the life of people and I call on the people, Deltans to continue to render  service to mankind will be the true thanksgiving to God; give your life

spoke on the topic, “assets for enduring leadership,”  observed that the

greatest of the assets for an enduring leadership is wisdom.

According to him, with wisdom, a leader will know what to do, when to do it and how to do it.While  making references to leaders who succeeded in the Holy Bible due to wisdom, the Pastor emphasised that the people who are led are also, wonderful assets that should be taken care of.

He added that  leaders should take time to find out the feelings of the people they are leading and apply wisdom to meet with the needs of those who are led. Rev. Akpan-Ekpo  also observed that humility is an asset in leadership The church service was attended by the Speaker of the Delta State House of Assembly,  Rt. Hon. Sheriff Oborevwori,  traditional, among others.