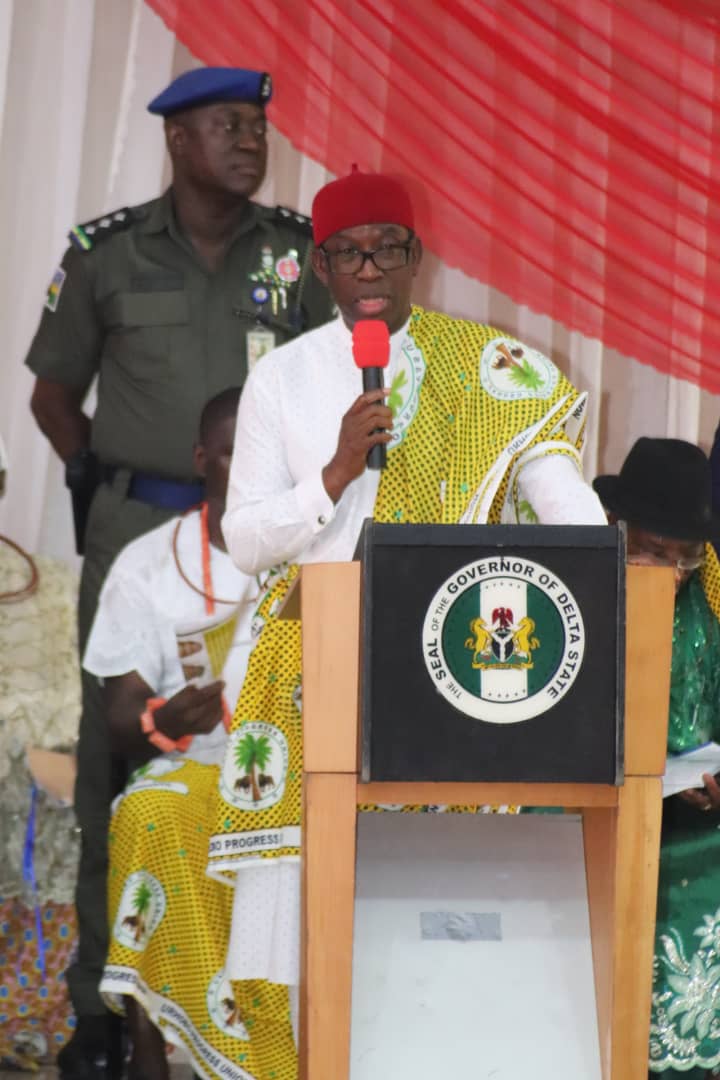 *** Urges Shell To Return To Warri 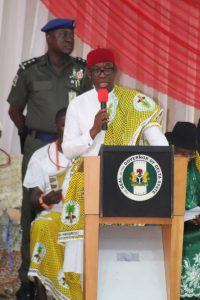 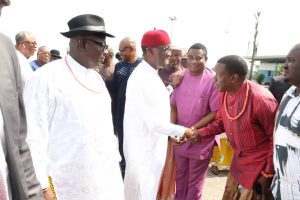 DELTA State Governor,  Senator Dr Ifeanyi Okowa has attributed the success recorded by his administration to the peaceful co-existence of different ethnic groups in the State, even as ethnic nationalities in the state have made case for the return of Shell Petroleum Development Company (SPDC) to Warri.

Speaking at the 87th annual national congress and award of honours of Urhobo Progress Union (UPU) at Effurun, Uvwie local government area of Delta State, the governor noted that the peace and unity that exists among the different ethnic nationalities in the state have contributed greatly to the success story of his administration.

He also spoke on restructuring of the cou try saying, “the battle for restructuring was led by our leader, Chief James Ibori more than a decade ago; and what he saw then is now being echoed by others. Delta State will continue to be a voice of reasoning for the Nigerian nation and I thank the Urhobos for their stand on restructuring, the Urhobos have added their voice because, we do know that Nigeria will be a better place with restructuring, it will bring about healthy competition among the people which will be good for the nation.”

The governor who was earlier received at the Osubi Airport by the Speaker of the Delta State House of Assembly, Rt Hon Sheriff Oborevwori  stated, “there is no doubt that the UPU is a very strong union, it is an embodiment of strength of the Urhobo people and I want to thank the leadership of UPU for keeping faith with the ideals of the founding fathers of the UPU; it is good that you have respect for the traditional rulers and I must appreciate the traditional rulers who have come together to ensure that there is no division in the UPU.”

He also, urged politicians to avoid actions that will cause disaffection or lead to destruction ahead of the 2019 general elections,  urging candidates to woo the people with their programmes and work towards free,  fair and acceptable elections which will reposition Nigeria among the comity of nations.

Former Governor James Ibori at the occasion, commended the President-General of UPU, Olorogun Moses Taiga “for the work he has done in the last four years and I thank the traditional rulers for working for the  unity of Urhobo land, the people should consider the overall interest of the Urhobo nation at all times; as we continue to ask our Governor to do more for us, we must keep the peace which is necessary for development to take place. “

Chief Ibori noted that it was a good development that different ethnic groups and concerned individuals are lending their voice to the call on SPDC to return to Warri, asserting, “Shell will make Warri boom again.”

Olorogun Taiga had in an address, listed the achievements of his administration and commended Governor Okowa’s  administration for its developmental strides especially in Urhobo land, stating that the UPU will join forces with other ethnic nationalities to make strong representation to Hon. Victor Nwokolo-led committee on Petroleum at the Federal House of Representatives for Shell to return to Warri.

He disclosed that the youths, elders, women are all eager for Shell to return to Warri.