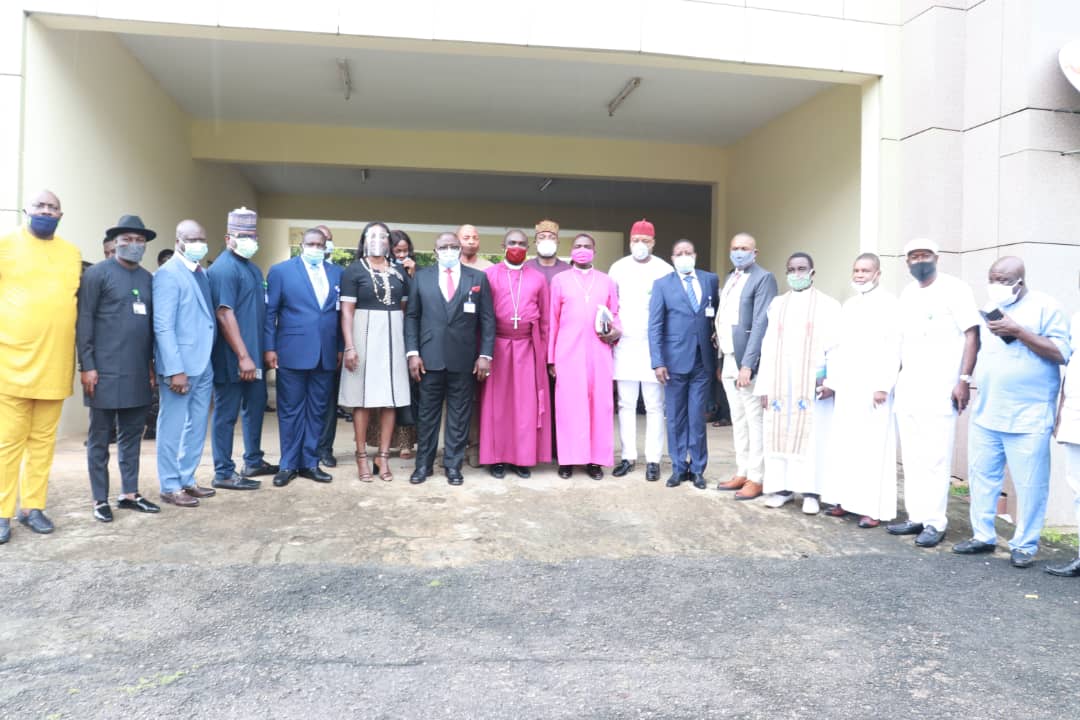 The Speaker of the  Delta State House of Assembly, Rt Hon Sheriff Oborevwori has said that  the Okowa’s administration was not relenting in its efforts for peace, unity and security of lives and property in the state.

Rt Hon Oborevwori stated this while playing host to the Chairman and members of the Delta State Christians Pilgrims Welfare Board who paid him a courtesy visit in his office in Asaba, the State capital.

The  Speaker in his remarks called on members of the clergy in the State to continue to pray for sustainable peace, Unity and security as well as enhanced socio-economic developments in the state and the country at large.

Rt. Hon. Oborevwori, while commending the leadership of the Board for advancing the course of Christian Pilgrims in the State, urged them to ensure that they remain focus on the spiritual objectives that led to the establishment of the Board.

Flanked by the Deputy Speaker and some members of the house, the Speaker said the visit was a blessing to the state legislature.

He maintained that the house has so much confidence on the State Christians Pilgrims Board due to the calibre of people that are members of the Board.

He  told the visiting clerics that the House enjoy robust synergy between the two other arms of Government, saying that it couldn’t have been possible without God.

The Speaker lauded the plan by the Board to ensure that the 2020 intended Pilgrims in the State would be airlifted straight to the Holy Land through the Asaba International Airport.