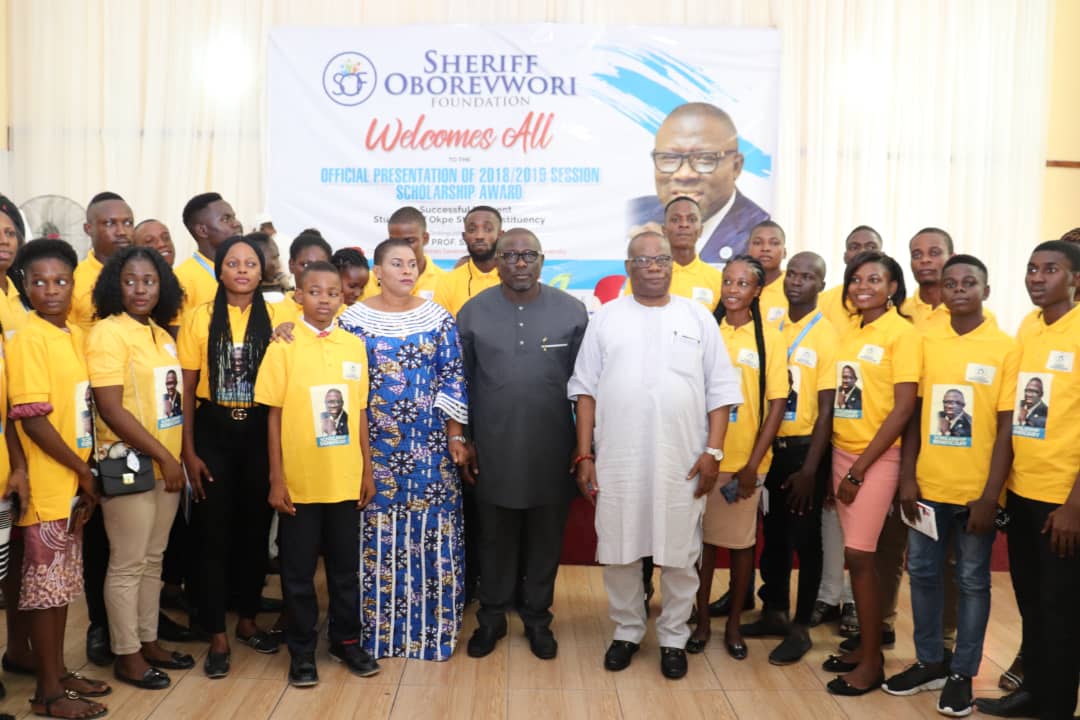 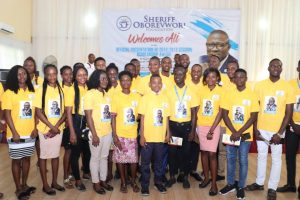 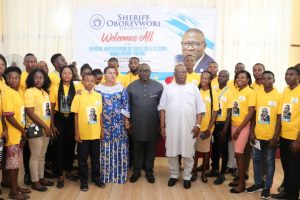 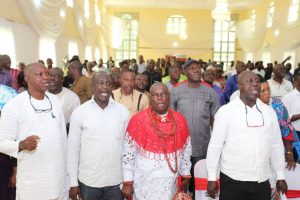 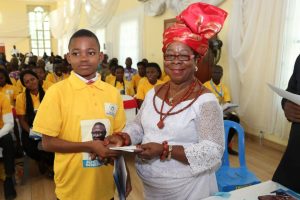 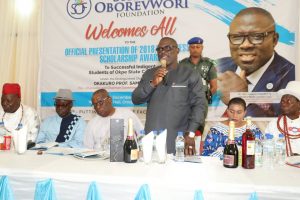 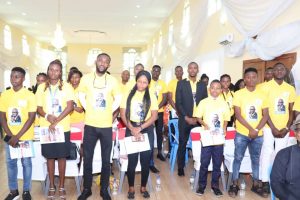 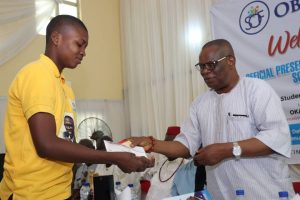 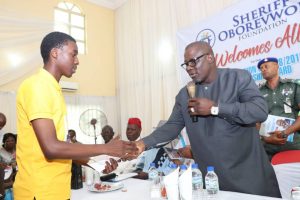 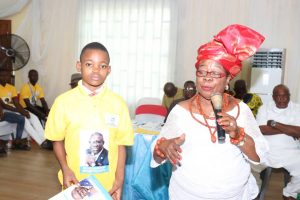 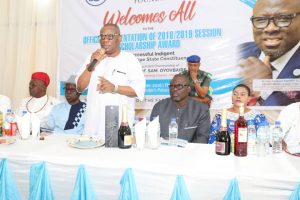 Rt Hon. Oborevwore, speaking during the occasion of the award of scholarship to the 2018/2019 session beneficiaries by the Sheriff Oborevwori Foundation, said the award was in fulfilment of his earlier promise to the people of Okpe council area.

The Speaker who is also the chairman of the Sheriff Oborevwori Foundation, noted that in his social contract with the people of Okpe State Constituency, he had promised effective and efficient representation at the hallow chambers.

He said all the beneficiaries will be given their money each year for the present levels till their graduation, admonishing the students to ensure that they do not betray the confidence reposed on them.

“I have in my own little way brought the dividends of democracy to the people in all areas. My empowerment programme is a clear testimony of my resolve to continue to impact my constituents and others. Also, I have always made myself available to my Constituents and others. As a grassroot politician, am very accessible. My doors are always open to all as I live with the people,” Rt. Hon.Oborevwori said.

 According to him, during his constituency briefing/empowerment programme on May 4, 2018 at Osubi, he had informed his constituency of the establishment of Sheriff Oborevwori Foundation Scholarship/Bursary Committee that will be in charge of his scholarship.

He said the committee headed by a renowned educationist, Chief (Mrs.) Esther. E. Onokpasa, has handled the scheme well as she has efficiently put into use the initial released take off sum of N10 million naira which has led to the award of scholarship to the 23 beneficiaries.

 Rt. Hon. Oborevwori said 12 years old Master Chigozie Godstime, one of the beneficiaries who was molested by his uncle, Mr Ifeanyi Akpa at Osubi, was given scholarship from secondary school to university level.

“It will be recalled also that on the 24th of June, 2018, the Foundation rescued Master Chigozie Godstime, 12 years old boy who was severely abused by his uncle, Mr Ifeanyi Akpa, at Osubi. I was on my way from church when I met the situation. Immediately, I ordered his treatment in a clinic in Osubi.

“I further instructed the Coordinator of the scholarship committee, Chief (Mrs) Onokpasa, to award him scholarship from secondary school to university level since he has a perculiar case. I am glad to inform you that Chigozie Godstime is presently in JSS1 in Jesus Hominum Salvator High School Orerokpe, a boarding school, on full scholarship of the Foundation.

“In my social contract with the people of Okpe State Constituency, I promised effective and efficient representation at the hallow chambers. I have in my own little way brought the dividends of democracy to the people in all areas.

 Rt. Hon.Oborevwori said under his leadership, the 6th Assembly had recorded remarkable achievements in the business of law making, adding that several laws have been assented while others are awaiting assent and some at various committee stages.

“On Wednesday, December 12, 2018, the Delta State House of Assembly Passed the 2019 budget. Delta State is among the first states to pass the 2019 Appropriation budget.This success story is possible through the cooperation of my colleagues and the harmonious working relationship between the Legislature and the Executive Arms of Government,” he said.

He commended the Delta State Governor Senator Dr Ifeanyi Okowa for his support and his uncommon developmental strides in Okpe Kingdom and the State in general, urging his constituent “to continue to support the Governor as he has done so much and the only way to pay him back is by voting massively for him next year.”

Rt. Hon.Oborevwori commended the people of Okpe State Constituency for their unalloyed support and show of love in the last three and half years.

“I also want to express my profound gratitude to our most revered royal father, His Royal Majesty ORHUE I, CFR mni, Orodje of Okpe Kingdom for his royal blessings and fatherly advise always.

“I must equally express my deep appreciation to my leaders; they have been very supportive. I am grateful to the Chairman of today’s ceremony, Prof Sam Oyovbaire for accepting, even at this critical time of political engagements to perform the role of the Chairman,” the Delta State speaker said.

In his address, the Chairman of the occasion, Prof. Sam Oyovbaire said that; “This is a unique ceremony. The life of Rt Hon Sheriff Oborevwori has been that of giving to the people. He gives a lot. He is just too good to the people. Today is the beginning of this ceremony as an institution has been started. I am happy about today’s ceremony. I want to implore the recipients to make progress with this Scholarship and you must justify why you are given this Scholarship. The Scholarship Committee did a great job and never disappointed the Founder of the Foundation”.

The Co-ordinator, Sheriff Foundation Scholarship /Bursary Committee, Chief (Mrs) Esther Onokpasa said that; “The examination for applicants was free and fair. Rt Hon Sheriff Oborevwori has the interest of the people at heart and he is expecting good results from all of you as he has made sacrifice for all of you. It pays to be educated”.

Responding on behalf of the recipients, Akpere Success Oghenejivwe, 200 Level Student of Electrical and Electronic Engineering of FUPRE commended the Chairman, Sheriff Oborevwori Foundation Scholarship Scheme for the “wonderful gesture “