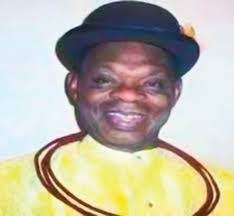 The Speaker of the Delta State House of Assembly, Rt Hon Sheriff Oborevwori has expressed sadness over the death of retired  Major General,  David Ejoor,  first  Urhobo  Army General who passed away on Sunday,  February 10, 2019 at 87 years old.

The Speaker in a Press Statement by his Chief Press Secretary, Dennis Otu, described the demise of the former Chief of Army  Staff  ( COAS ) from  1971 to 1975 as very painful at this critical time of our national history and condoled with the family, the Urhobo Nation and the people of  Ovwor- Olomu in Ughelli South Local Government Area.

According to the Statement; ” I received the sad news of the demise of Chief  David  Ejoor, the first  Urhobo  Army  General  with rude shock. His passing away at a time like this in our nation is very painful and heart breaking”.

“Major General  David  Ejoor came, saw and  conquered. We cannot forget the departed Chief  Ejoor who was former Governor of the Mid-Western Region State   in a hurry. He  contributed greatly to the  unity of our country as he played a patriotic role during the  Nigeria Civil  War. He has an enviable place in the history of our great nation”, the Speaker said.

While praying Almighty God to grant the deceased eternal rest, the  Speaker said that;  “My heart goes out to his family, the Urhobo Nation, Deltans  and the people of his Community,Ovwor- Olomu. May the good Lord grant all the  fortitude to bear the irreparable loss”.