OBOREVWORI LAUDS DESOPADEC FOR PUTTING SMILES ON FACES OF THE PEOPLE 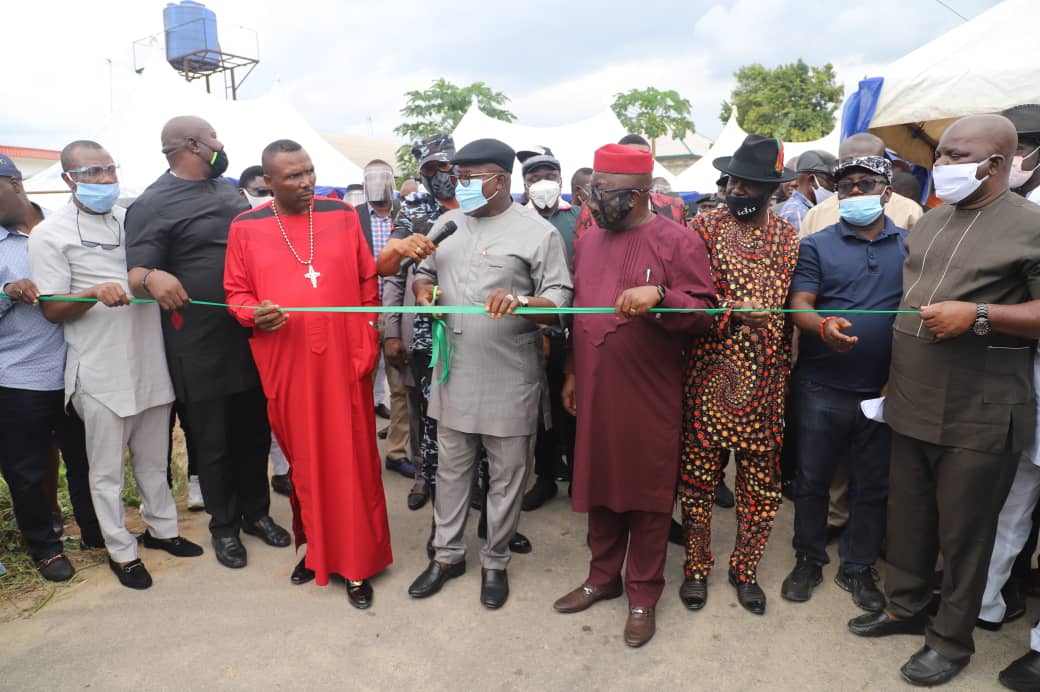 In his remarks at the commissioning ceremony of  Okpesia Street constructed by DESOPADEC in Oleh, Headquarters of Isoko South Local Government Area of the state,  the Speaker said that several quick impact projects had  been commissioned back to back in the last few days and  commended DESOPADEC for putting smiles on the faces of the people.

According to him, since the commencement of  commissioning of projects embarked upon by DESOPADEC, the Ndokwa ethnic nationality has had  its fair share of commissioned projects.

“Today by the special grace of God, the Isoko nation has every reason to celebrate as we are here to inaugurate their own fair share of completed road project”, he said.

He stated that under the   watch of the State  Governor,  Senator Dr Ifeanyi Okowa, Delta State has become a reference point in roads construction  among the comity of states in the country.

“What  we have  gathered here to do today lend credence to my assertion. In charting a new roadmap in our development narrative, the Governor  Okowa-led administration has not relented in providing basic amenities for the well being of Deltans”, the Speaker said.

He also said that;  “With the completion of this  Constructed Okpesia Street  in Oleh, a historical local government Headquarters, the journey towards accelerated development  has just begun”.

The Speaker Commended the people of Oleh for their patience and   implored them  to have faith in  policies and programmes of the State government,  saying that; “As  such support base could bring more dividends of democracy to the people”.

Rt Hon Oborevwori expressed gratitude to  political leaders, party faithful, the youths and women groups in the area  for their confidence in the administration of Governor Okowa and said that; “Let us endeavour to work harder and succeed together because there is strength in unity”.

The  Managing Director of DESOPADEC, Bashorun Askia Ogieh said that the dream of constructing a road  for  the people of the  area has been realised.

The President General of Oleh Community Development Union  ( O.C.D.U), Comrade  ( Chief ) Believe Alakri in his address, expressed gratitude to DESOPADEC for the construction of the  Okpesia Street.

He also thanked the Speaker of the Delta State House of Assembly, Rt Hon Sheriff Oborevwori for the appointment of  Sir  Matthias Eto who is from the area as his  Political Adviser  ( POLAD ).