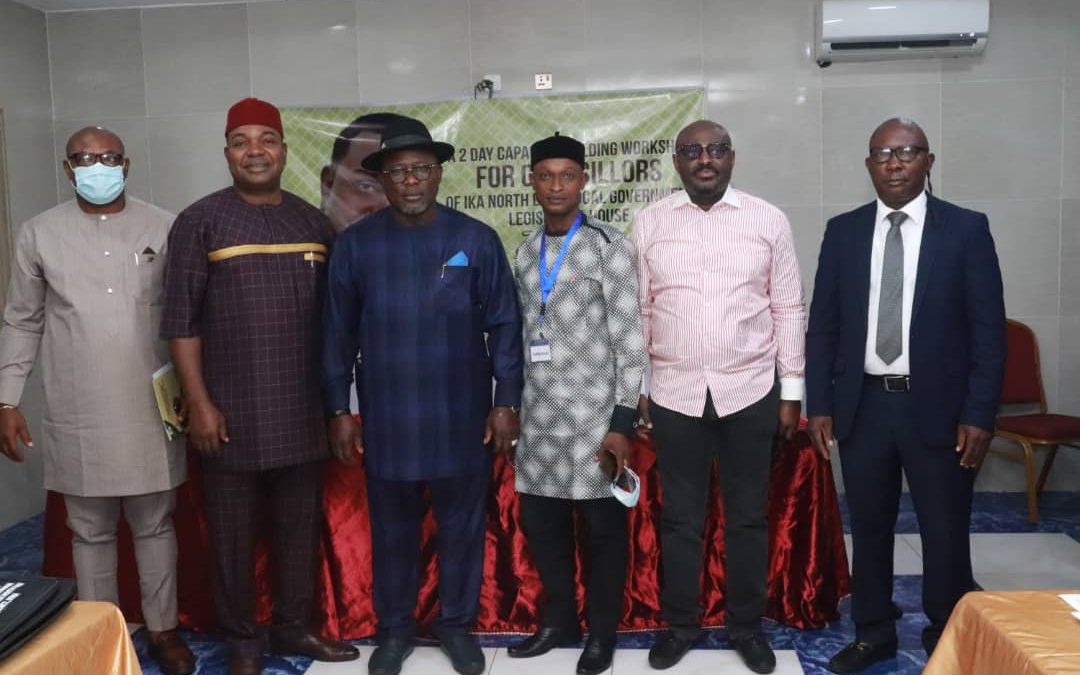 The Speaker of the Delta State House of Assembly, Rt Hon Sheriff Oborevwori has stressed the need for sound and results oriented legislature at the local government councils in the state.

The Speaker in a key note address at the ceremony reminded the Councillors that as lawmakers at the local government level, their actions and inactions have direct and immediate impact on their constituents.

The Speaker who is also the National Deputy Chairman of the Conference of Speakers of state legislatures of Nigeria, described the Ika North East representative, Hon Anthony Elekeokwuri as a focused, articulate, intelligent and highly resourceful Lawmaker and commended him for sponsoring the training programme to prepare the Councillors for the job at hand.

“As a seasoned lawmaker representing His Excellency’s state Constituency, Hon Elekeokwuri is the Chairman, House Committee on Public Accounts and Vice Chairman and member of other committees in the House”, he said.

According to him also ; “A highly resourceful legislator, Hon Elekeokwuri is a product and beneficiary of several training and re-training programmes organized by the House and other international partners. Therefore, this Capacity Building Workshop is meant to expand and deepen your knowledge and skills in lawmaking, representation and oversight functions”.

On his part, Hon Anthony Elekeokwuri, said the legislature remains that arm of government charged with the responsibility of making laws that engenders the welfare and security of the people as enunciated in section 14, subsection 2b of the 1999 Constitution of Federal Republic of Nigeria.

He explained that he took the decision to sponsor the capacity building workshop to expand and deepen the knowledge and skills of the Ika North East Councillors in lawmaking, representation and oversight functions, as human capital development in all areas of life is a solid ground for the development of the society.

“It is based on the above, I opened up conversation with the legislative staff of the Delta State House of Assembly to replicate what we have at National Institute for Legislative and Democratic Studies for the benefit of the legislative arm of Ika North East local government council. I enjoined you all to avail yourselves this unique opportunity to deepen your knowledge of legislative process and procedures, budgeting, rules, ethics and privileges amongst others “, Hon Elekeokwuri stated.

The Lawmaker also stressed on the need for cordial relationship between the executive and legislative arms of the Council as according to him, it is the only way the people will benefit in terms of dividends of democracy.

The facilitator of the programme, Mr Silvester Olorogun, while congratulating the participants for the privilege provided by the training programme, urged them to give the workshop the seriousness it deserved with expectation that it will add value to their legislative activities at the council.

“Overview of Legislative Practice and Procedure”, “Result Based Monitoring and Evaluation Framework “, Overview of Budget Management “, “Committee System in the Legislature“, and “Supremacy of the Constitution , “Legislative Ethics and Privileges” and Doctrine of Separation of Powers”, are issues being discussed at the workshop.

Others include “Motions and Amendments to Motions, Raising Point of Order, Ruling from the Chair, Adjournment Debate and Adjournment Motion” as well as “Laying of Papers and Circulation of Legislative Materials, Order Paper, Business of the Week, Calendar of Sitting, Preparation of Votes and Proceedings”.

They all acknowledged the basics for sound legislature and encouraged the participants to return to their duty post better legislators.

The Leader of the legislative arm of Ika North East, Rowland Okuokeyi expressed gratitude to Hon Anthony Elekeokwuri for organizing the capacity building workshop, saying that issues being discussed would enhance efficiency in the growth and development of Ika North East local government council.