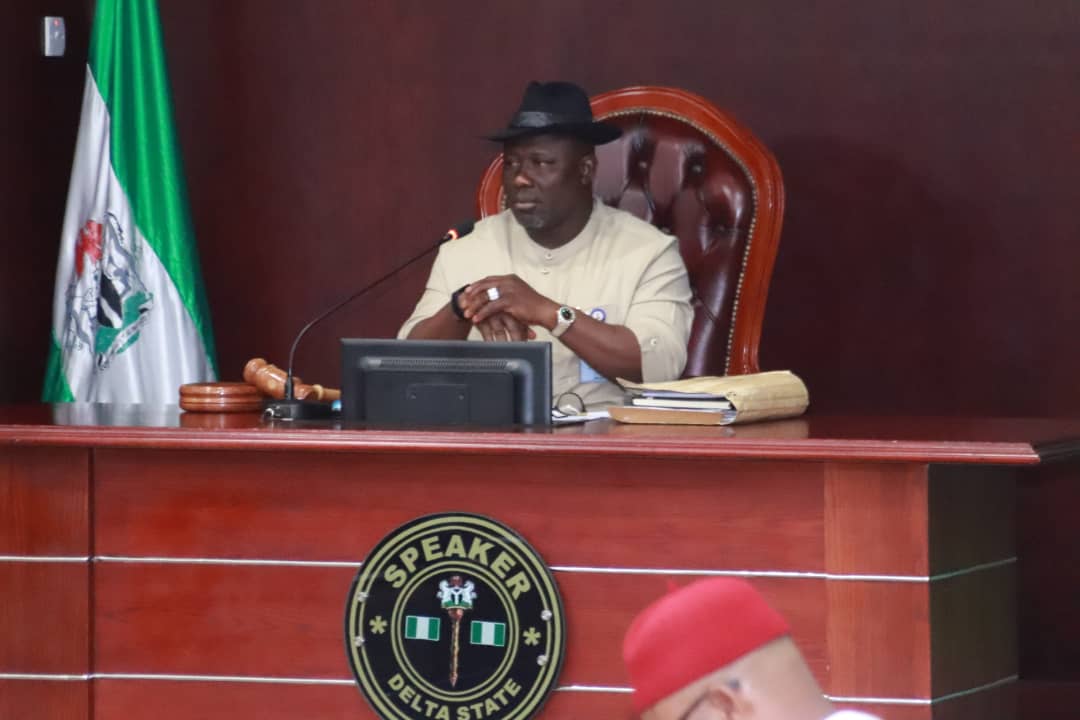 The Speaker of the Delta State House of Assembly, Rt Hon Sheriff Oborevwori has commended the State Governor, Senator Dr Ifeanyi Okowa for his foresight in translating extra revenue that accrued to the state into dividends of democracy.

In a  brief remark after the State’s Supplementary Appropriation Bill, 2019 was read third time and passed,  the Speaker,  Congratulated his colleagues for a job well done.

He said, “Esteemed Colleagues, I must congratulate all of us on a job well done. This is indeed a sign that democracy is alive in Delta State. I thank His Excellency, Senator Dr Ifeanyi Okowa, our Governor for his foresight in translating extra revenue that accrued to the state into dividends of democracy”.

” My dear colleagues, we must count it all joy to be part of this people oriented Government. Once again, I thank God for your untiring support and commitment”, he said.