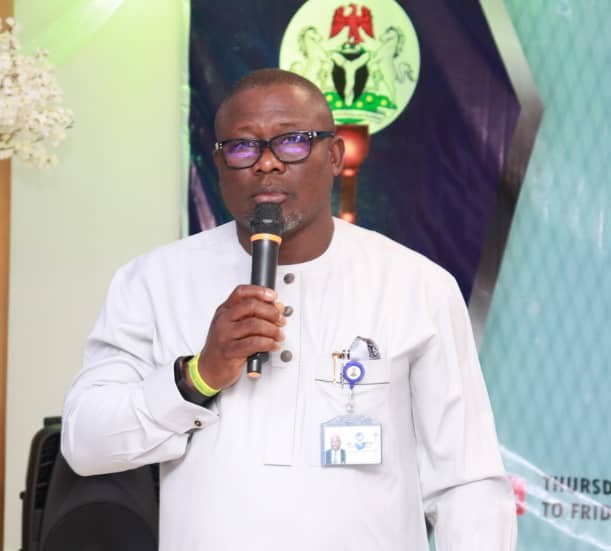 *** As Workshop On MTEF  Opens In  Asaba  For   Lawmakers

The Speaker of the Delta State House of Assembly, Rt Hon Sheriff Oborevwori has commended the State Governor, Senator Dr Ifeanyi Okowa for introducing the Medium Term Expenditure Framework (MTEF ) in the  state.

In his opening remarks on Thursday in Asaba, at a  two-day workshop on  Medium Term Expenditure Framework and  Budget Process for Members of the Delta State House of Assembly,  the Speaker said;  “I wish to seize this opportunity to express our profound appreciation to His Excellency, Senator Dr. Ifeanyi Okowa for his foresight in introducing the MTEF process to the State”.

The  Workshop,  with the theme,  ” The  MTEF as a mechanism for effective service delivery to the citizens “, according to the Speaker,  promises to be exciting engagement,  adding that the Workshop was being held   to serve as a refresher course for returning Members and  to expose new Members to the MTEF document and Budget process.

Rt. Hon. Oborevwori  outlined the  objectives of the  workshop to  include, enhancing participants understanding of the Delta State Fiscal Responsibility Law and ancillary matters, to improve participants understanding of the MTEF, FPS and other related concepts and principles to enable them effectively engage in the deliberation of the 2020 budget and to provide a platform for the House to reflect and agree on positioning the House to effectively review the 2020 MTEF and Budget of the State as well as monitor/ oversight its implementation.

“My dear colleagues, one of the principal duties of the legislature has always been to exercise control over the raising and spending of public revenue. We exercise this function in the consideration and passage of the Annual Budget of the State. Lately, a global best practice in Budgeting, MTEF, was adopted by all Organisation for Economic Co-operation and Development (OECD)  countries to strengthen Budgeting process in Governments”, he said.

The Speaker added that;   “Nigeria is a member of the OECD. As a State, the Medium Term Expenditure Framework (MTEF) was introduced in 2016 by His Excellency, Senator (Dr.) Ifeanyi Okowa. The purpose of MTEF is to indicate the financial resources needed during the Medium Term covering a period of three years. Any moment from now, the 2020 – 2022 Medium Term Expenditure Framework (MTEF) of the State will be sent to the House by His Excellency,  the Governor. Therefore, this workshop is apt and cannot hold at a better time than this”.

He also said;  “Distinguished Colleagues, I can assure you that once we get the MTEF process right, our considerations of the anticipated 2020 Budget will be less cumbersome for Committees. I therefore urge Members to pay attention to the lectures and actively participate in the technical sessions”.

The Speaker  expressed the hope  that at the end of the  workshop, “our  understanding of the concept of MTEF,  it’s guiding principles and purpose, and the general budget process will be enhanced”.

Earlier, the  Clerk of the Delta State House of Assembly,  Mrs ( Barrister)  Lyna Ocholor said that “It is my honour and privilege to welcome you to this two  days workshop which is geared towards providing a learning curve for the first timers and as a refresher course for the ranking members as we look into the budget process and the Medium Term Expenditure Framework / Fiscal Strategy Paper as it concerns Delta state”.

She  said that the  MTEF/FSP is a three-year rolling Expenditure plan that spells out the medium-term expenditure priorities and provides the basis for the preparation of the annual budget of the State.

She lauded  the leadership of the House for taking the initiative to organize the  workshop before the presentation of the 2020 budget,  saying that; ” It is my sincere belief that at the end of this workshop,  Honourable Members will be ready to engage MDAs and other stakeholders in critically examining the budget estimates as it relates to the MDAs they oversight”.