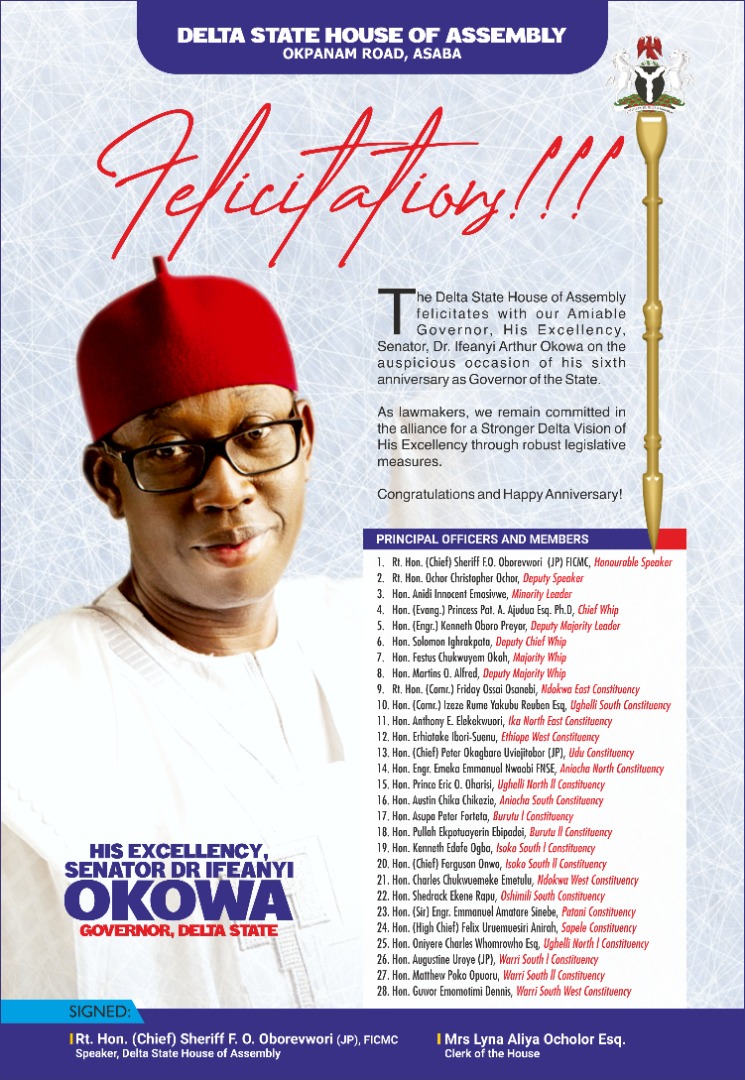 As Deltans mark the Sixth anniversary of the State Governor, Senator (Dr) Ifeanyi Okowa, the Speaker of the State House of Assembly, Rt. Hon. Sheriff Oborevwori has described the anniversary as worthwhile, given the Governor’s landmark achievements so far.

The Speaker who stated this in his goodwill message to the Governor and, indeed Deltans, said that God has blessed the State through the emergence of the Governor at this particular material time of our collective existence.

In a press statement by his Chief Press Secretary, Mr. Dennis Otu in Asaba, on Saturday, May 29,  2021, the Speaker specifically felicitated with Governor Okowa on his sixth anniversary as governor of Delta State, stressing that his administration has changed the development narrative of Delta across the various sectors of the State economy, particularly in roads construction, education, health as well as youth empowerment

Describing the Governor as a focused, dedicated and committed leader who would surely leave his footprints in the sands of time, the Speaker expressed hope that Deltans still have a lot to celebrate in the remaining two years of his second term.

He therefore, enjoined Deltans to join hands with the Governor to enable him successfully accomplish his Stronger Delta vision.

The Speaker also used the opportunity to wish the Governor a happy sixth anniversary in office.