Oborevwori Excited About Establishment Of Customary Court In Osubi 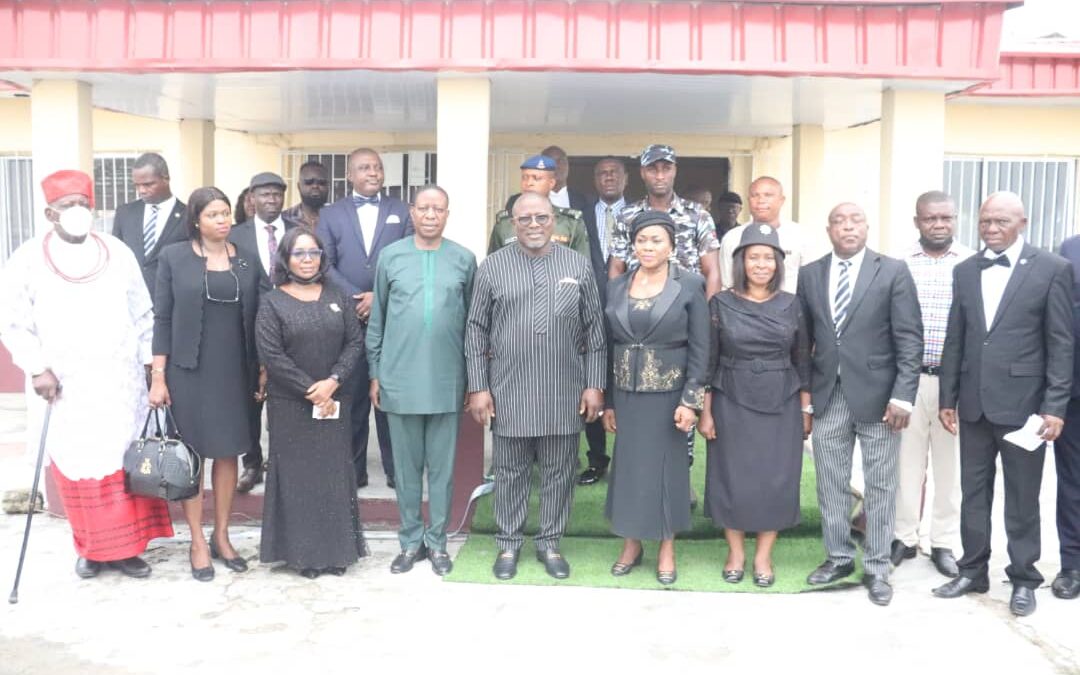 The Speaker of the Delta State House of Assembly and National Deputy Chairman of the Conference of Speakers of State Legislatures of Nigeria, Rt Hon Sheriff Oborevwori has expressed happiness over the establishment of the Okpe Area Customary Court 11, Osubi in Okpe Local Government Area of the State.

Speaking on Thursday, March 10th, 2022 at the opening ceremony of the Okpe Area Customary Court 11, Osubi, Rt Hon Oborevwori said that he was elated over the new court in the area, saying that the administration of Justice is assured when the people can easily access the court system.

According to him, “Expectedly, the opening of this court today will facilitate access to justice by residents of this community and environs. This is because, the Judiciary is the last hope of the common man”.

“But most importantly, the desire of the President of the Customary Court of Appeal, Hon Justice Patience Elumenze in ensuring the court commences sitting immediately with the view to dispensing justice is highly commendable” he said.

The Speaker added that; “For this demonstration of absolute commitment, I want to on behalf of my constituents, specially thank the President, Customary Court of Appeal (PCCA) for a job well done. Thank you, your Lordship”.

Rt Hon Oborevwori seized the opportunity to appreciate his constituents for their support for the administration of His Excellency, Senator Dr Ifeanyi Okowa and urged them to take ownership of the facility and protect it.

“I also want to encourage the people that will work here to put this facility into good use and for the purpose is meant to serve. This is to justify the resources expended on this structure so that collectively we will continue to make access to justice easier”, the Speaker said.

He expressed gratitude on behalf of his constituents to Governor Okowa for his love for the rule of law and his support for the Judiciary.

The President, Customary Court of Appeal, Hon Justice Patience Elumenze had earlier lauded the state Governor, Senator Dr Ifeanyi Okowa and the Speaker of the Delta State House of Assembly, Rt Hon Oborevwori for the establishment of the court.

She harped on the need for the people to take possession of the facility and protect it jealousy.

The Chairman of Osubi Community, Mr Paul Erugbemor said in his address that the establishment of the court in Osubi was a welcome development.

“No doubt, today is a great day as we witness another milestone. It is crystal clear that the Area Customary Court at Orerokpe is the only Customary Court serving the whole of Okpe Local Government Council, thus resulting in the lingering number of cases undecided”, he said.