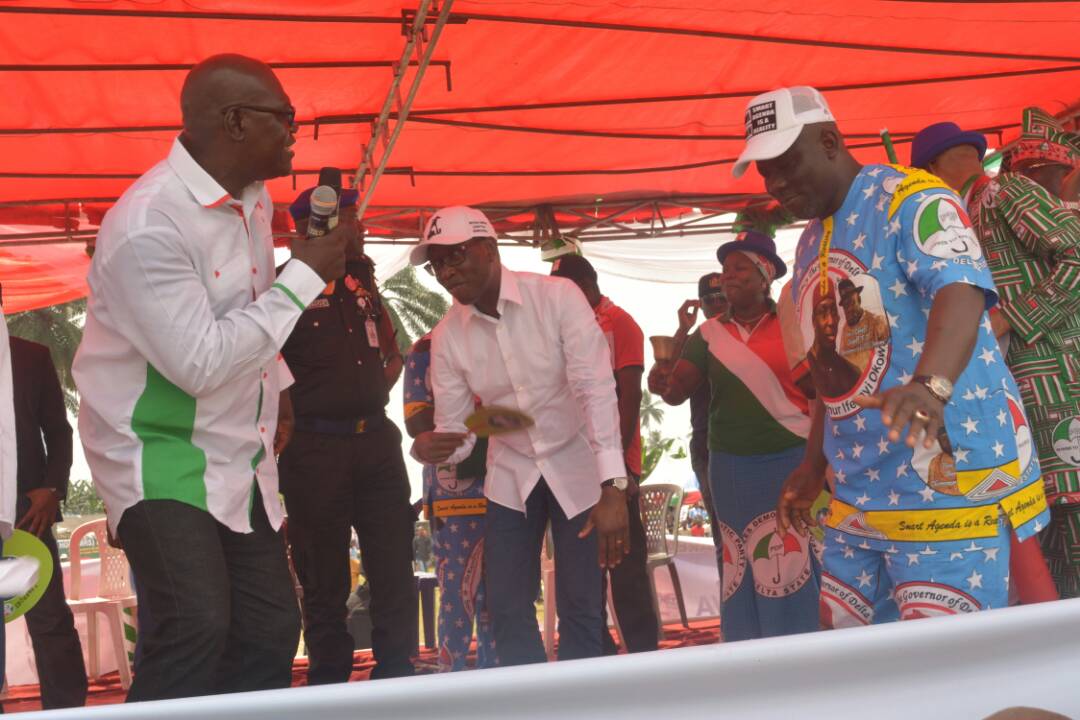 THE Speaker of the Delta State House of Assembly, Rt Hon Sheriff Oborevwori has congratulated the state Governor, Senator Dr Ifeanyi Okowa on his victory at the election petition tribunal.

Reacting to the Tribunal judgement on Friday,  September 20, 2019,  the Speaker in a statement  by his Chief Press Secretary,  Mr Dennis Otu,  said that he was not surprised that judgement was given in favour of the Governor.

According to the Speaker,  Governor Okowa won the March 9  2019 Governorship election convincingly, saying that the judgment was an affirmation of the mandate Deltans freely gave to the  Governor at the March 9 polls.

He said; ” First and foremost, I  want to congratulate our dynamic Governor on his victory at the Governorship Election Petition Tribunal as this judgement did not come to me as a  surprise because he  won the   Governorship election convincingly and today the governor has been vindicated by the election petition  tribunal.

“I have confidence in our judiciary as it remains the last  hope of the common man and today the election petition  tribunal has spoken loud and clear on the  2019 Governorship election in Delta State. This is a sweet victory for democracy  and we give the Glory to our  Almighty God”.

While congratulating  Deltans on the  election petition tribunal victory, the    Speaker used the opportunity to call   on all  Deltans to continue to support the policies and programmes of the Governor Ifeanyi Okowa’s administration  in order to build a stronger Delta State.