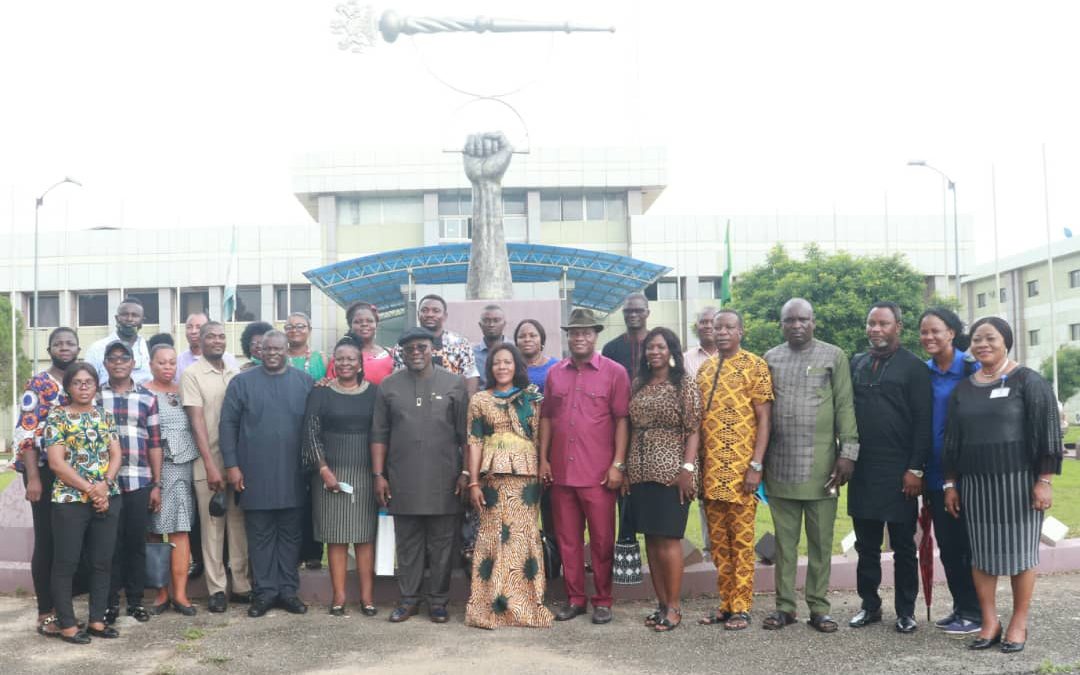 Speaking during an interactive session with heads of various CSOs across the country, under the aegis, Civil Society Advance Forum On Sustainable Development, Rt Hon Oborevwori assured that the State Legislature is ever ready to partner with relevant stakeholders in driving its legislative and oversight assignments.

The Speaker at the interactive session held in his office at Assembly Complex in Asaba, enjoined the CSOs to rise up to the responsibility of furnishing the State Legislature with Bills that are capable of adding value to good governance in the society.

“The noble contributions by your organizations to our people and the society in general is akin to what we are elected to do as legislators. Our primary duty as legislators is to make laws for the security and welfare of the people. That is law that will promote happiness for greater number of the people. I believe your Organizations are also set out to achieve the same objective. So, I invited all of you today to have an interactive session on how we can partner to promote the general good for our people and society”, he stated.

Rt Hon Oborevwori who described Civil Society Organizations as agents of change and watchdogs of the society, explained that over the years, the organizations have initiated bills that have been passed into law in the country.

He said CSOs should be at the forefront of holding government accountable for their actions, emphasizing that the Delta State House of Assembly expected greater partnerships with the organizations at ensuring that more people oriented bills are passed, as well as ensure that the benefits of such laws get to the most vulnerable in the society.

The Speaker stated that the House has passed a number of bills that cut across different areas of interests of the organizations, including the Child Rights Law; Violence Against Persons Law; Administration of Criminal Justice Law; Freedom of Information Law; Female Circumcision and Genital Mutilation Prohibition Law.

“Civil Society Organizations are agents of change and watchdogs. This is because they oversight government actions and activities on behalf of the people. The Delta State House of Assembly wants to partner with you in ensuring that not only people oriented Bills are passed into laws but also to ensure the benefits of such laws get to the most vulnerable in the society”, the Speaker emphasized.

The leader of the team, Ambassador Caroline Usikpedo-Oliseoule, and others who spoke commended the leadership of the House for the interactive session, which they said was first of it kind in the country.

They called for more of the round table meetings to discuss friendly policies as one of the key roles of the organizations is to great public awareness on bills passed by the legislature.

The Speakers assured of the readiness of the organizations to partner with the Delta State House of Assembly for more positive changes in the society.

In a related development, the Speaker, Delta State House of Assembly, Rt Hon Sheriff Oborevwori has stressed on the need for media practitioners in the state to adhere strictly to the ethics of journalism profession in their reportage.

The Speaker gave the charge while receiving members of the Delta State Chapter of Association of Community Newspaper Publishers of Nigeria, ACNPN, in his office, on Thursday, August 26th, 2021.

The Speaker underscored the importance of community Newspaper in the State, stressing that it was needed for effective and enhanced development at the grassroots.

He assured the body of robust partnership towards the overall development of the State, particularly in information gathering and dissemination at the rural levels of the State.

The Speaker urged the association to help publicize the activities of the state Assembly as well as the good works of Okowa’s led administration across communities in the state.

He emphasized that the House would not failed in its core responsibility of lawmaking, representation and oversight, noting that more people oriented bills would be passed by the House.

Rt Hon Oborevwori reminded the media practitioners of the up coming 2023 general elections and advised against being used as instruments of blackmail by politicians and charged them to always report correctly without bias.

The Chairman, ACNPN, Delta State Council, Comrade Jude Obiemenyego commended the Speaker and his team for what he described as robust Legislative activities in the State as well as uplifting and development of the state.

Comrade Obiemenyego, said the primary responsibility of the association is to regulate the activities of community newspapers in the state as well as promote good governance, uphold professional ethics and ensure peaceful coexistence of the people through information dissemination amongst others.

He appealed for greater collaboration between the association and the state Assembly.