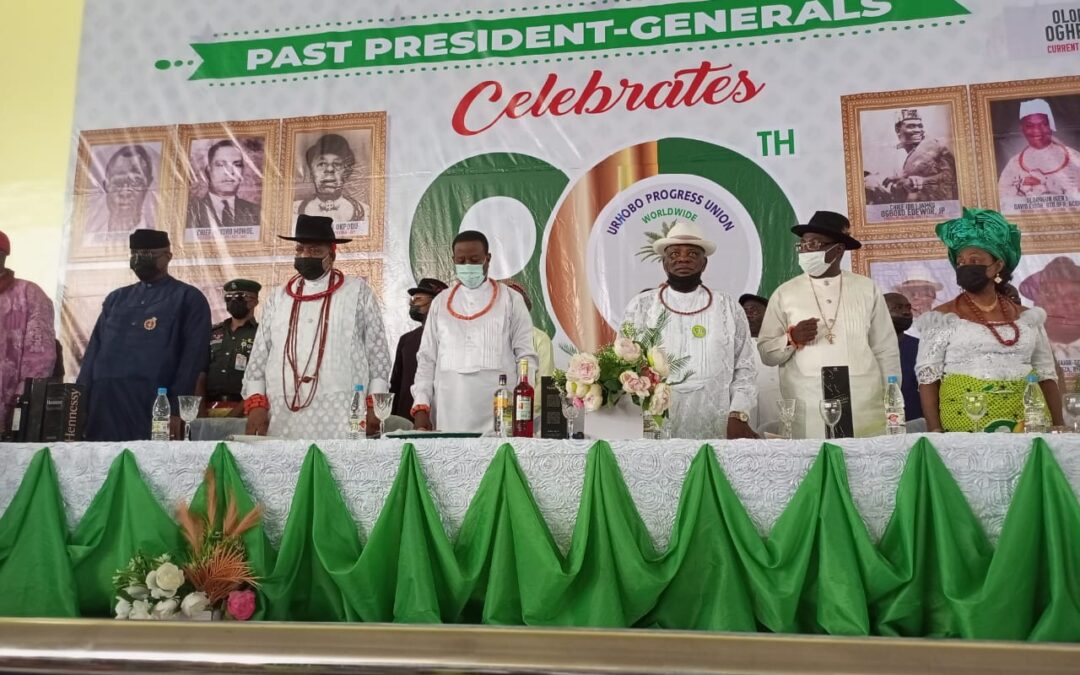 The Speaker of the Delta State House of Assembly, Rt Hon Sheriff Oborevwori has harped on the need for the Urhobo Progress Union (UPU) to continue to build on the existing relationship with other ethnic nationalities in the State and the country.

In his remarks as the Chairman of the Opening Ceremony session of the 90th Anniversary celebration of Urhobo Progress Union (UPU), On Monday, November 29th, 2021,at the UPU Secretariat, Uvwiamuge-Agbarho, Ughelli North Local Government Area of the state, the Speaker said that he was proud of the achievements of UPU in the last 90 years.

The Speaker who was represented by the Deputy Chief Whip of the State House of Assembly, Hon Solomon Ighrakpata said that; “I am proud of the achievements of the UPU in this journey that we have started together for a more united, peaceful and progressive Urhobo nation. I want to strongly advise that we continue to build on our relationship with other ethnic nationalities in the State and the country.”

While saying that it was honour and privilege for him to be considered worthy to chair the opening ceremony of the week-long celebration of the 90th Anniversary of the Urhobo Progress Union (UPU), the Speaker noted that; ” As Nigeria’s foremost socio-cultural organisation, being 90 truly calls for celebration. The UPU as an umbrella body of all Urhobo people both at home and in the Diaspora has a long history of landmark accomplishments”.

According to him, the dreams of the founding fathers of UPU to unite the Urhobos and also be a strong voice on issues bordering the Urhobo nation had been substantially achieved “but we need to build on those successes”.

“As we celebrate 90 today, I wish to harp on unity, progress and cohesion for the sake of Urhobo. Let us be guided by history and protect this inhertance bequeathed to us by our fathers”, he said.

The Speaker also said that; “As we begin the week-long celebration of this landmark event, I want to specially thank the President- General, UPU worldwide, Olorogun Dr. Moses Taiga and the Chairman, Planning Committee, Prof. Sam Oyovbaire for their patriotism, commitmemt and dedication to the Urhobo course”.

He stated that he was particularly delighted by the Anniversary lecture, with its theme: ” The Challenges and Prospects of the Urhobo Progress Union in Contemporary Times”, “to be delivered by my brother, the Deputy Senate President of the Nigerian Senate, His Excellency, Distinguished Senator Ovie Omo-Agege, an illustrious son of Urhobo”.