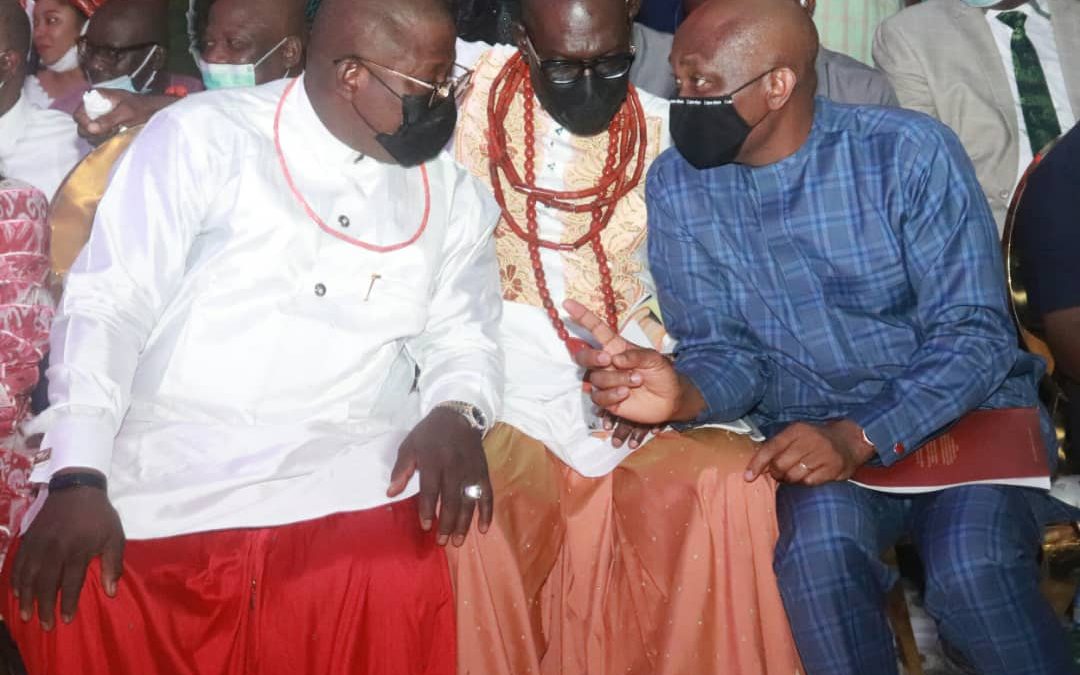 Former President of Nigeria, Chief Olusegun Obasanjo on Sunday called on the new Olu of Warri, His Majesty Ogiame Atuwatse III, to work for the unity of his kingdom and contribute to nation building.

Obasanjo spoke at the thanksgiving service to mark the coronation of the monarch as the 21st Olu of Warri at the Palace Ground, Aghofen, Warri.

He said the monarch had a responsibility and duty to perform the role which God had given to him and urged him to work for the unity of the kingdom and the nation.

“I am one of the happiest on your installation because God has specially favoured me to see three Olus and I don’t pray to see a fourth one.

“I want to emphasise that the position you occupy today is given to you by God but with your own people surrounding you and you must always remember that.

“If God has given you a role to perform you will be offending God if you fail to perform that task,” he said.

He said the title of Majesty carried along with it a lot of responsibilities, adding that he was convinced the monarch had started well and would lead the Itsekiri people to a new dawn.

He urged the monarch not to shun the experience and the advice of elders and urged him to make use of experienced people around him.

“Be very close to God in whatever situation you may find yourself and God will surely make a way for you,” Obasanjo stated.

Governor Ifeanyi Okowa in his remark, congratulated the new Olu on his successful coronation describing him as a man of peace and urged him to work for the unity of the Iwere nation.

“I congratulate you because I know that you are a man of peace and I know that the Lord God has chosen you to ascend the throne at this time.

“It is a time for healing and a time for your Majesty to ensure that the kingdom comes together.

“I know that some people can be very stubborn but I urge you to extend the olive branch to them and I know that it will be well with the Itsekiri people.

“You have a lot of work to do not just in Itsekiri nation but in the entire nation,” the governor stated.

“On behalf of the government and people of Delta we congratulate you and the Itsekiri people on your successful coronation.

“We know that your reign will truly bring peace and development and I believe the Lord God has prepared you for a time like this and may the presence of God be with you on this throne,” Okowa prayed.

“God is looking for people to use to advance the kingdom, discipleship and nation building and I urge you to surrender the throne to God and He will bless your throne and the Warri kingdom,” the cleric said.

Also speaking, former President of the Christian Association of Nigeria, CAN, Pastor Ayo Oritsejafor, said God never gives a man an assignment he never prepared him for and charged the monarch to ensure unity of the Iwere nation.