Nigeria should Continue As A Federation, but… Says Governor Okowa***The Governor was represented by Delta Speaker, Oborevwori. 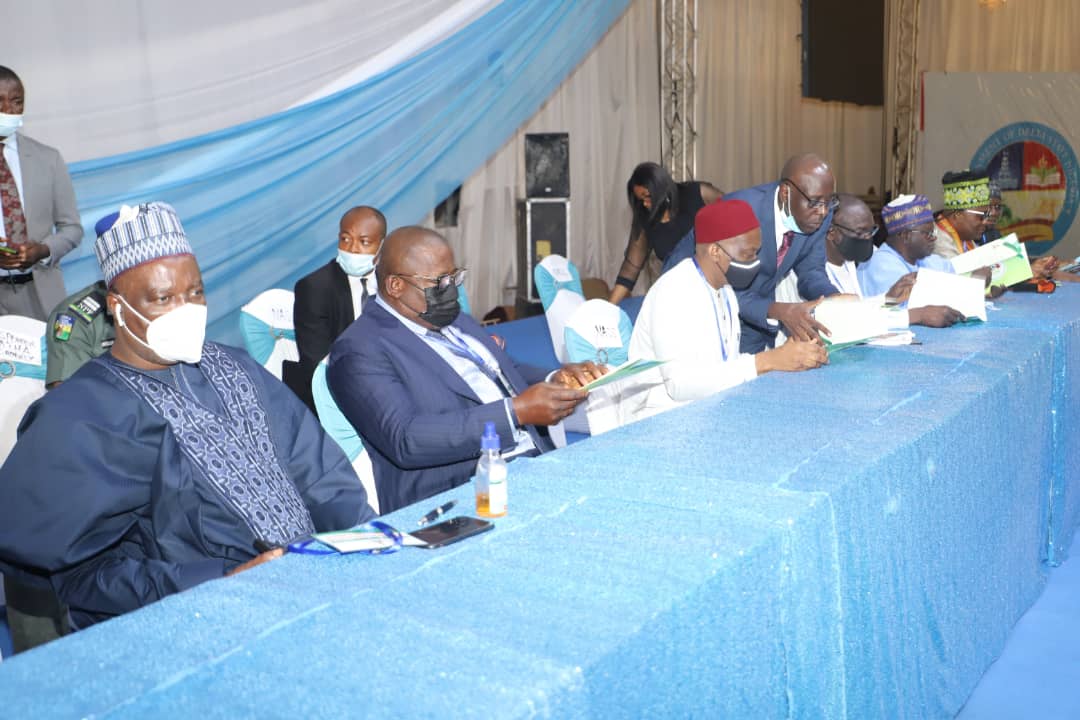 The Delta State Governor, Senator (Dr) Ifeanyi Okowa has advocated that Nigeria should continue as a Federation, but with a proper federal structure.

The Governor stated this in Asaba on Thursday, June 3rd, 2021 at the Public Hearing by the House of Representatives Special Committee on Constitution Review, South-South Zone (Asaba Center).

The Governor who was represented by the Speaker of the State House of Assembly, Rt. Hon Sheriff Oborevwori, said that after carefully considering all the salient attributes of a federal system as well as the historical antecedents relating to federalism as practiced in Nigeria, Delta State Government and its people are convinced that Nigeria should continue as a Federation.

According to the Governor, the Foundation upon which Nigeria was built was federalism, which was adjudged to be more functional and realistic for our ethnic, linguistic, religious and cultural diversities.

He said that the provision which requires the National Assembly and the Presidency to ratify the creation of local government areas administrative units was an aberration in the context of true federalism, saying that ; “Hence, we propose that this practice be terminated in the envisaged new constitution. Consequently, we hereby recommend the deletion of section 9 of the constitution which vests this consequential power on the national assembly”.

The Governor further recommended the delisting of the existing local government areas from the constitution as contained in part 1, first schedule thereof.

“In the proposed constitution, states should have exclusive power to create local governments purely as administrative units and through their houses of Assembly, enact laws on the allocation of revenue to the local governments for the development of their areas”, he said.

The Governor said that ; “We do not deny the possibility that state governments could abuse this privilege especially in the early years of its adoption. But we are confident that with the progressive observance of democratic norms and values in the Nigerian polity, such initial abuses shall gradually give way to the desired equitable relationship between state governments and their local governments”.

These, according to the Governor should include all revenues from parastatals of the Federation, including NNPC, NLNG, CBN, NPA, NIMASA, FAAN and other similar agencies, adding that they shall only appropriate for their expenditures after prior approval by the National Assembly.

“It is anomalous for these parastatals/agencies of the Federation to collect and spend all revenues due to the Federation Account by themselves without reference to an approved budget by the National Assembly as provided in section 80(1) of the constitution”, he stated.

He added that; “The People and Government of Delta State, having considered the utmost need for the creation of State Police as in other true Federations Worldwide, recommend that State Police be provided for in the envisaged new constitution”.

“With creation of the State Police, the States assume full responsibility for regular policing of their geographical territories with a view to maintaining public order and public safety. It is our recommendation that the Nigerian Police shoud be restricted to enforcement of Federal laws while local policing should be restricted to enforcement of State laws”, he stated.