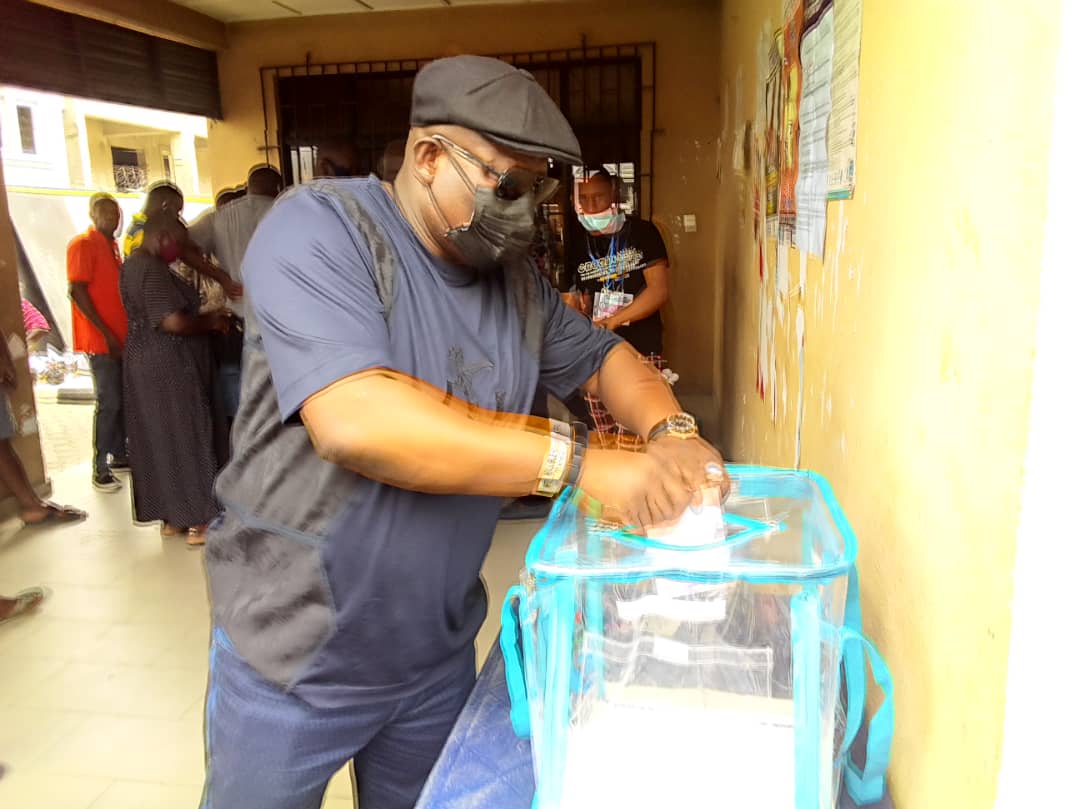 The Speaker of the Delta State House of Assembly, Rt Hon Sheriff Oborevwori has described the turnout of voters in Osubi, Okpe Local Government in the March 6,2021 local government elections as impressive.

Speaking to newsmen shortly after casting his vote at State Ward Six, Osubi, Rt Hon Oborevwori said that he was impressed with the turnout of voters, describing the exercise as very peaceful.

He said that; “As you can see, I just voted here in my Ward in Osubi. I must say that I am impressed with the massive turnout of voters. The exercise is very peaceful here in Osubi and that is also the feelers that I am getting from all over Okpe Local Government Area and we give God the glory”.

According to him, “We have a sellable and acceptable chairmanship candidate and we are sure of victory at the end of the day and I want to appeal to our electorate to remain peaceful.”

On his part, the Okpe PDP chairmanship candidate, Hon Isaiah Esiovwa told journalists after voting at State Ward Six that he was encouraged by the turnout of voters and said that he was sure of victory at the end of the exercise.