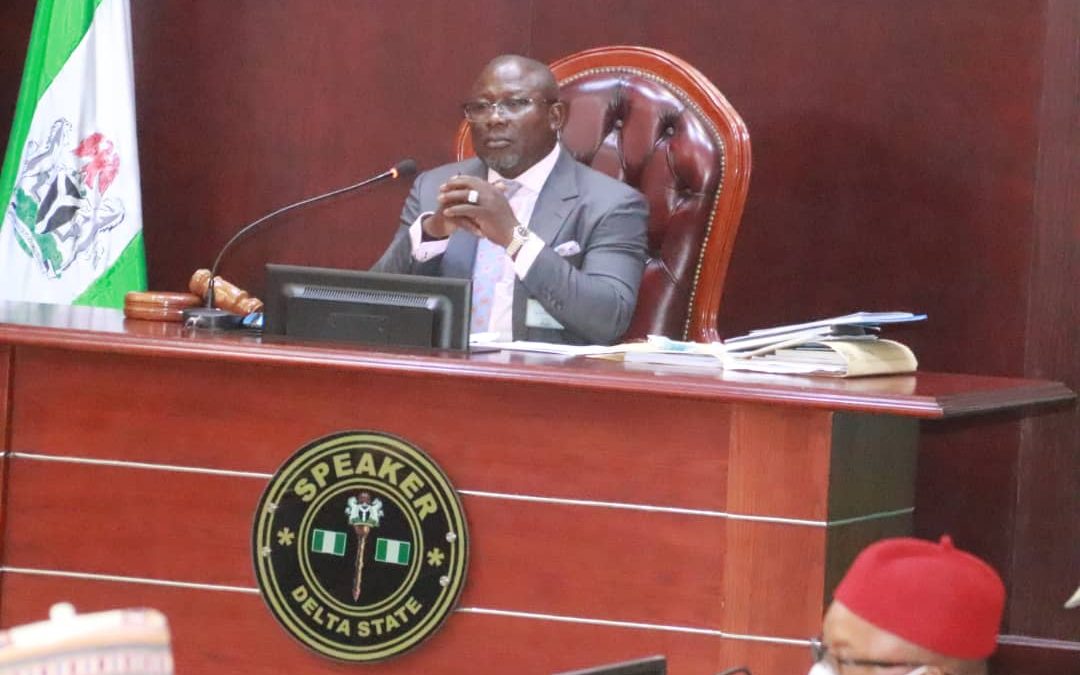 Governor ifeanyi Okowa has forwarded a list of additional eight nominees for appointments as Commissioners and members of the Delta State Executive Council to the State House of Assembly.

The names of the nominees were contained in a letter to the House, read at Tuesday’s plenary by the Speaker, Rt Hon Sherrif Oborevwori.

Dr Okowa said his action was in line with the powers conferred on him by session 192, sub session 2 of the Constitution of the Federal Republic of Nigeria as amended.

The governor said he will appreciate early consideration and confirmation of the nominees by the House.

The Speaker, Rt Hon Sheriff Oborevwori subsequently directed the nominees to submit their curriculum vitae to reach the Clerk on or before Monday next week and appear for screening on Tuesday, July 20th 2021.

The House at plenary, screened and confirmed the appointment of Engr Henry Idama as the Director-General, Delta State Water Sector Regulatory Commission.

The motion for the confirmation of the appointment was moved by the Deputy Majority Leader, Hon Oboro Preyor, seconded by Hon Ferguson Onwo, Isoko South two and adopted.

The nominee had told the legislators that he had been in Acting capacity in the Commission, established to regulate the activities of water and sanitation providers in Delta State.

Meantime, the Delta State Highly Infectious Diseases Emergency, Prevention and Management bill failed to scale through second reading on the floor of the State House of Assembly, following the overwhelming votes against the bill by members.

The lead sponsor of the bill, Hon Emeke Nwaobi, Aniocha North, who led debate on the merits of the bill, had reminded his colleagues that all contentious diseases are big threats to life.

Recalling the Ebola and Corona virus incidents, Hon Nwaobi stated that the proposed law was to give the state governor the necessary legal backings on best ways to manage such situations anytime they occurred.

The Lawmakers stated that a platform in which government can operate in case of outbreak of contentious diseases is being created, maintaining that enabling law was needed for effective control.

They said the bill has no merits as its provisions were duplication of existing laws, maintaining that some of the clauses are against the fundamental rights of the people.