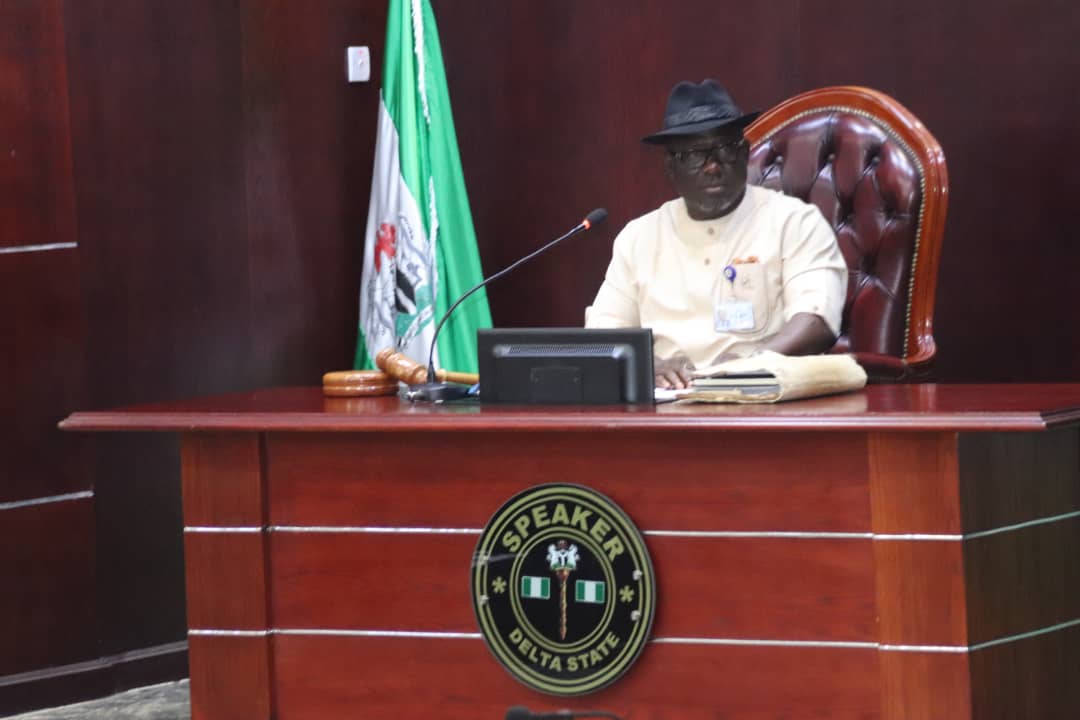 The State House of Assembly has passed a resolution calling on the State Governor ,Senator Ifeanyi Okowa to as a matter of urgency direct the Commissioner of Police  to investigate and arrest the killers of one Mr Edirin Ogwu who was murdered on March 9, 2019 at Iwhrekan community in Ughelli South.

Opening debate, Hon  Reuben Izeze said the right to life as enshrined in the Constitution of the Federal Republic of Nigeria 1999 as amended is the most fundamental rights  hence anything that bothers on murder should not be taken lightly.

He told the House that on March 9, 2019 some hoodlums tried to disrupt the general elections in Iwhrekan community but were resisted by indigenes of the community who later  opened fire on the indigenes killing Mr Edirin Ogwu in the  process.

The lawmaker said the community was worried that up to now the police had not done anything to investigate the matter though it was reported while the alleged killers are freely in the area thereby causing tension.

Also speaking in favour of the motion,  Hon  Evance Ivwurie, Efe Oforbruku,Oboro Preyor,  Peter Uviejitobor and Samuel Mariere said murder should not be trivialised adding that  unless justice was done there would be tension in  the community .

They said unless the police arrest and prosecute the alleged killers there could be breakdown of law and order which should not be allowed to happen  .

The lawmakers argued that unless the police act fast,  the death of Mr Edirin Ogwu could degenerate to other deaths as the family  and friend may not fold their hands for too long .

The motion was unanimously adopted when put to a voice vote by the Speaker,    Rt Hon  Sheriff Oborevwori.

Also at plenary the House received two reports from its Committees.

The reports were adopted after their presentation .