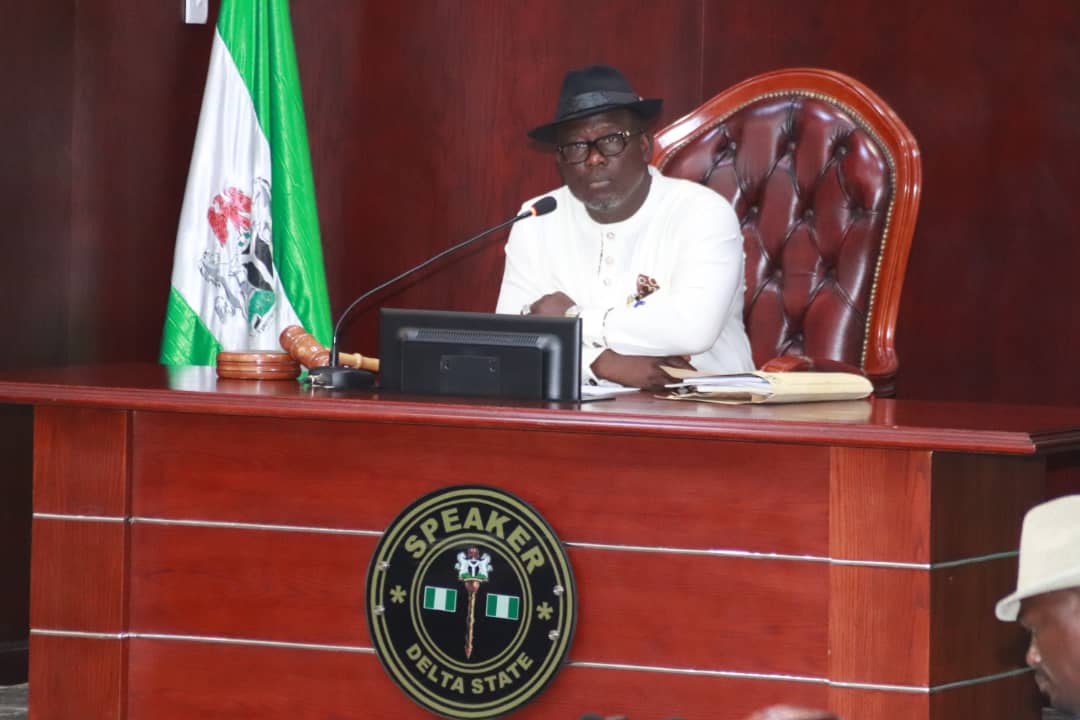 A bill for a law to establish the Delta State Job and Wealth Creation Bureau has passed the first reading at the State House of Assembly.

The notice of presentation and first reading of the bill at  Wednesday’s  plenary presided over by the Speaker, Rt Hon    Sheriff Oborevwori was sequel to a motion moved by the Majority Leader, Hon Tim Owhefere.

The Delta State Job and Wealth Creation Bureau bill is the first executive bill to be received by the Seventh Assembly.

Also at plenary,  a bill for a law to provide for the Management of Funds accruing to the Delta State Judiciary from the Consolidated Revenue Fund of Delta State to ensure accountability, transparency,effective and efficient utilisation of the funds also  passed the first reading.

The motion for the notice of presentation and first reading of the bill titled Delta State Judiciary Fund Management Financial Autonomy Bill was moved by the Majority Leader, Hon Tim Owhefere seconded by the member representing Oshimili North Constituency and Chief Whip of the House, Hon Pat Ajudua.

The House has slated Wednesday 11,2019 for the second reading.

Meanwhile,the Speaker has congratulated Hon. Efe Oforbruku on his appointment and subsequent swearing in as a Special Adviser to the Governor on Legislative Matters.

He expressed hope that the former lawmaker will bring his wealth of experience as a two time lawmaker of the House in the discharge of his duties .