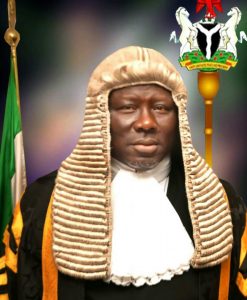 As a matter of urgent public importance, Delta State House of Assembly, Wednesday called on the State Governor, Senator (Dr) Arthur Ifeanyi Okowa, to direct the Commissioner of Bureau for Special Duties, the State Emergency Management Agency and other relevant agencies to send relief materials to victims of land slide in Tuomo, Burutu Local Government Area.

In his debate, Hon Daubry, argued that the shoreline of Tuomo community was washed away by tidal waves at the wee hours of last Sunday leaving the community with a trail of devastation.

According to the Lawmaker, the land slide was possible because the Tuomo Shore Protection Project embarked on by the Niger Delta Development Commission (NDDC) was abandoned by the contractor handling the project.

He said that several houses were washed away leaving many homeless and at the mercy of providence, hence he appealed to the House to assist in bringing succour to the victims.

Joining the debate, members representing Bomadi, Patani and Ugheli North I, Honorables Oboro Preyor, Timi Tonye and Samuel Mariere respectively underscored the plight of the victims who were weeks ago enjoying the comfort of their homes.

Drawing premise from similar cases in history including the Victoria Island and Bar beach land slides which were given attention by the government, the lawmakers appealed to the State government to access the ecological funds available to them to nip the disaster in the bud.

They said since oil communities were proned to land slides because of the negative impacts of oil exploration, it becomes even more necessary for critical attention to be accorded such areas.