I WILL NOT DISAPPOINT MY CONSTITUENTS, SAYS OBOREVWORI 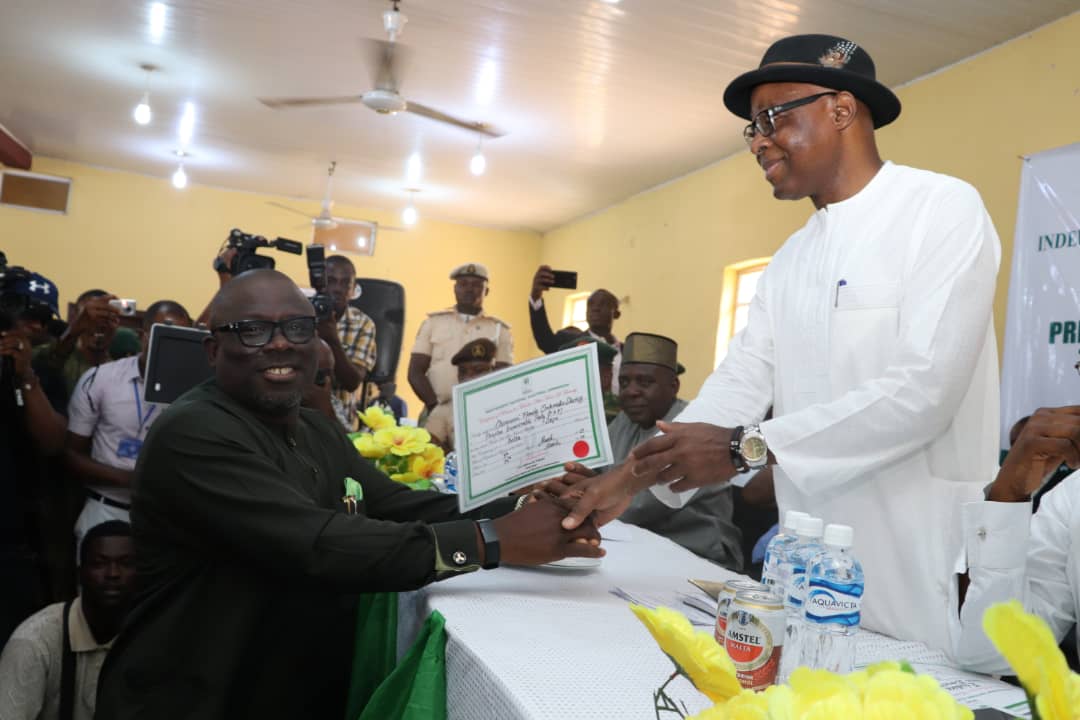 The Speaker of the Delta State House of Assembly, Rt Hon Sheriff Oborevwori has promised not to fail the people of Okpe State Constituency.

Rt  Hon Oborevwori who  spoke to Journalists on Wednesday in INEC  premises,  Asaba,  shortly after he was presented with his Certificate of return by the  electoral body, dedicated his victory to God and the people of Okpe State Constituency.

The  Speaker who   was re-elected  for the second tenure, thanked  God for giving him  the privilege to serve again, pledging not  to disappoint the people of Okpe State Constituency  who gave him the mandate.

Rt Hon Oborevwori stated that there was no better way to celebrate victory than to give thanks to God, expressing optimism that the 7th Assembly will be more robust as a vibrant house.

According to him;  “I thank God for giving me the privilege to serve again. All power belongs to God and I believe that no one can question God. There is no better way to celebrate victory than to give God thanks. Delta State House of Assembly is the most vibrant legislative House in Nigeria, we will be more robust in the seventh Assembly and kudos to my colleagues”.